This past week was a busy one and the pace is only going to become more hectic as we head towards the end of the session. On a very positive note, my priority bill, LB88 officially became law on Tuesday afternoon. My bill was part of a signing ceremony focused on a Veteran’s Legislative Package shared with the media by Governor Ricketts. I was proud to be part of the ceremony. 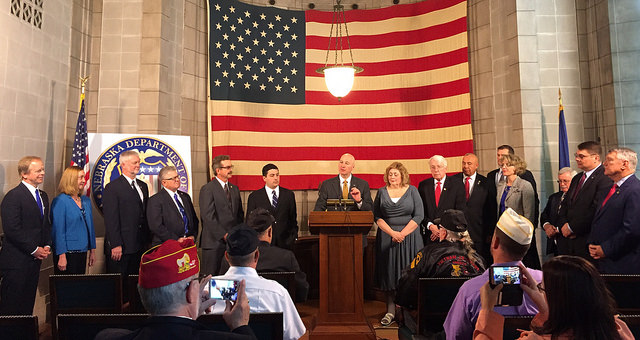 Once threatened with extinction, peregrine falcons are now flourishing throughout the Midwest. Nebraska Game and Parks has a popular falcon cam that provides live streaming video from a nest box on the 18th floor of the Nebraska State Capitol. At last look, there were four new eggs waiting to hatch. It’s quite exciting!  You can follow the progress of our little bird family at http://outdoornebraska.gov/falconcam/
or follow them on Facebook at https://www.facebook.com/groups/376667965721280/ 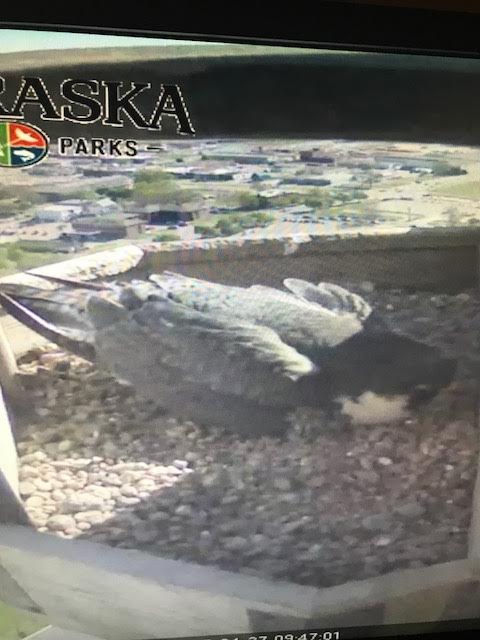 This week we began discussion on the budget bills and there were certainly some contentious moments as there are always going to be when talking about these very important issues. I came into the legislature knowing full well we were in dire circumstances with a massive budget shortfall. That shortfall got even bigger this week, as the state’s forecasting board met on Wednesday and determined we are yet another $50 million under projections. That means the Legislature is dealing with a total revenue shortfall of just over $1 billion. Drastic measures need to be taken but those measures must also make sure we aren’t just kicking the can down the road and adding to our budget problems even more in the future.

Another important piece of legislation that moved to Final Reading this week is Senator Crawford’s LB253. The bill will allow Sarpy County to use the levy authority it has per the County Industrial Sewer Construction Act to secure bonds for a regional wastewater system. This new sewer system is one that is badly needed in the Sarpy County area for economic development and I was thrilled to see the bill advance with little opposition.

The Legislature is adjourned Friday and Monday and will get back to work on Tuesday, which will be the 73rd day of the session. We are coming down to the finish line and there is still quite a bit of work to do.