Yet another busy week in the books as we move even closer to the end of the session. The legislature took care of some rather important legislation. First of all, my bill, LB86 was passed on final reading and is now headed to the Governor’s desk for his signature. LB86 is a simple yet important bill that eliminates the requirement for county clerks to open all bids on contracts that pertain to highways and bridge repairs in the presence of the county board.

Budget Bills are done
This week we also finished up the state’s budget. As you may or may not know, there are few things that Nebraska’s Legislature must do once it is in session, making sure the state has a balanced budget is something Nebraska’s constitution requires of us. During the debate, various senators were definitely at odds, but in the end, we worked together, found common ground and were able to get the job done. They say true compromise is achieved when no one leaves the table 100 percent happy. There are some items in this budget I’m not happy about but our current fiscal situation forced us to make decisions that might not have been made in healthier financial times.

#Saveourcraft
On Wednesday, LB632 came to the floor for debate. While there are several aspects of the bill I fully support, such as the regulation of so-called “Bottle Clubs” there was one piece of the legislation that I felt put too big a burden on the state’s growing Craft Brewery business. The bill, as it was written with the committee amendment would have forced these small businesses to spend far too much money on transportation of their products. I introduced an amendment which fixed this issue on the floor and it passed with overwhelming bipartisan support. 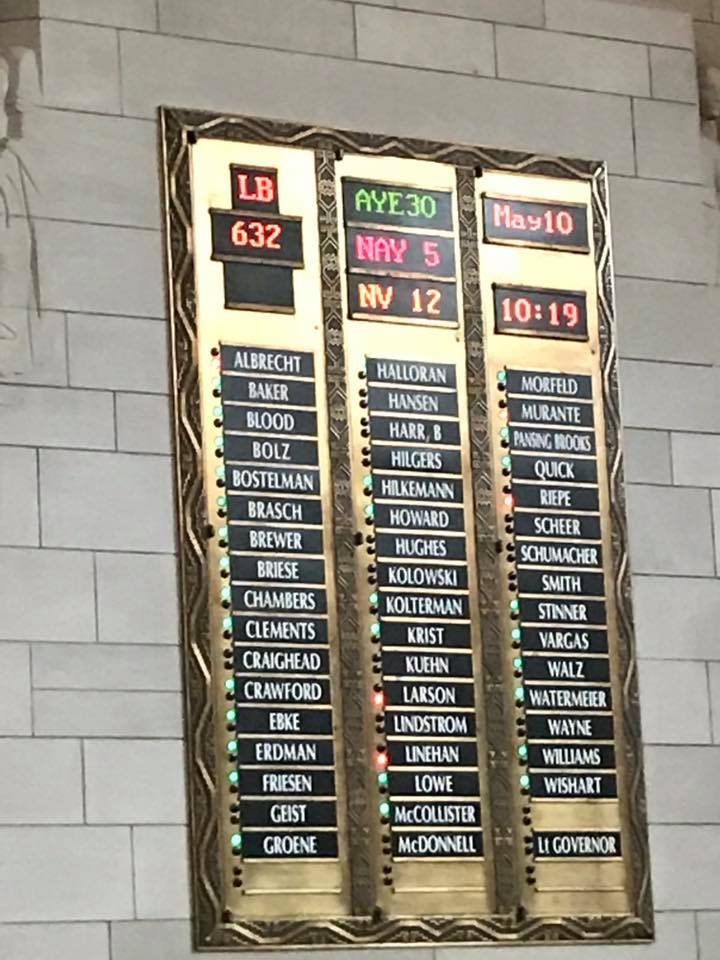 The battle over this bill isn’t quite over. This was just the first round of debate, but I promise that I will always fight for the small business owners in this state and do whatever I can to make sure they have a firm footing as they help drive Nebraska’s economy forward.

The Buddy Check
One particular movement that might be a bit under the radar but shouldn’t be are the Buddy Check meetings. These get-togethers are set to be held on the 22nd of every month and are in remembrance of the 22 veterans who are reported to take their own lives each month. If you are a veteran I encourage you to attend one of these meetings if you aren’t already. If you know a veteran, please encourage them to attend. Many of these men and women are suffering in silence and they desperately need the help of their brothers and sisters to get through difficult times. They cannot and will not be ignored. 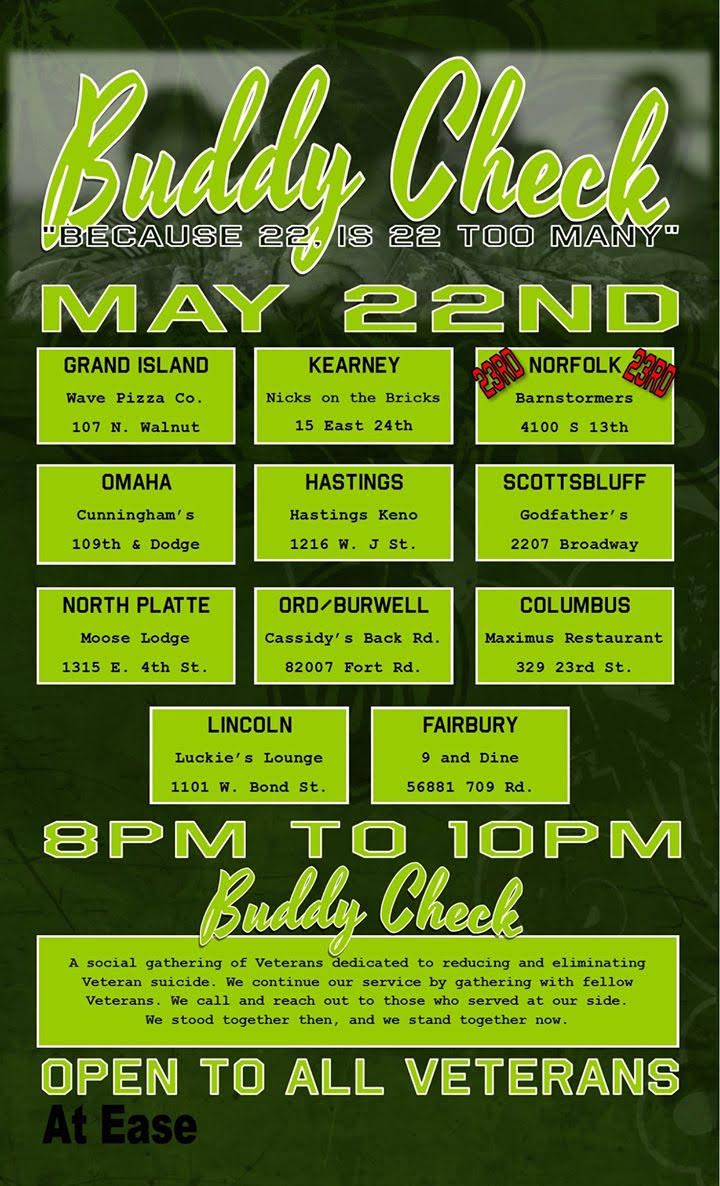 Honoring our fallen
In the middle of the first floor on the capital this week, there is a memorial honoring our fallen from another difficult profession. Our police and state patrol officers are willing to go out and do the dangerous job of protecting us on a daily basis. Sadly, from time to time, an officer loses their life in the line of duty. The memorial display set up in our capital shares information on officers from the State Patrol that have made the ultimate sacrifice serving the people of this state. If you happen to be heading to Lincoln in the near future, I’d encourage you to stop at the Capital and give a look at the photos and the memorial before it’s gone. 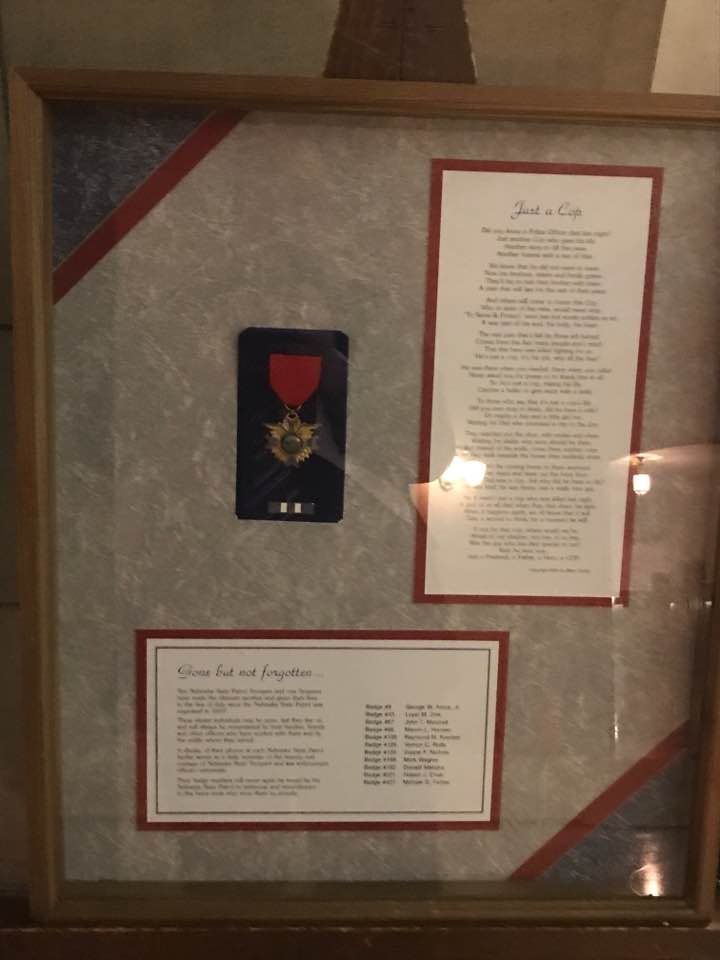 ALS In the Heartland
The other display that is currently in the middle of the building is one designed to shed light on the debilitating and deadly disease ALS (better known as Lou Gehrig’s disease) This disease first renders the sufferers unable to walk, then barely move, then speak, leaving them a prisoner in their own bodies. The display was put together by the ALS in the Heartland in order to educate people more about this disease but also to help recruit volunteers in a wide range of areas. 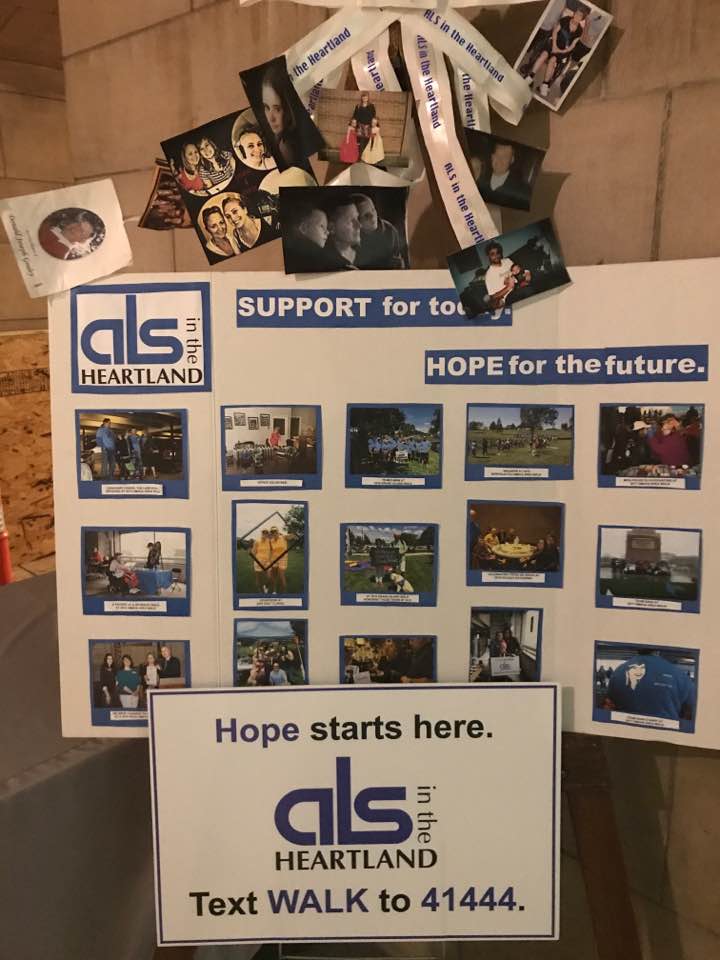 They need volunteers who are willing to work directly with patients who need respite care, household chores, rides to appointments or just some good old companionship. They also need equipment room volunteers, volunteers for research and advocacy efforts, office assistance and people to show up at any of their events including their annual walk or golf tournament. If you have an interest in helping this non-profit organization do their important work, please contact Tammy Stalzer at 402-592-2374 or email her at tammy@alsintheheartland.org.

The Final Stretch
Monday will mark the 82nd day of the legislative session. This year the Speaker has decided we will be adjourning for the session on the 86th day rather than the 90th. That means we have just five more legislative days before Sine Die. Those last days are sure to be plenty busy!