The session is almost at an end. We have just one more day before we officially adjourn Sine Die which means the legislature will be out of session until next January. That doesn’t mean my work is done though. My staff and I will be spending the interim working on and researching legislation for the 2018 session. We also plan to be out and about in the district finding out what we can do to help those who need it most. As always don’t hesitate to contact myself or my office by calling 402-471-2627 or through email at cblood@leg.ne.gov with your comments, questions, and complaints.

The final bill of mine this session to be passed has officially become law. LB86 went through final reading last week and was then signed by the governor. LB86 eliminates the requirement for
county clerks to open all bids for the letting of contracts that pertain to highways and bridge
repairs in the presence of the county board. This is largely a procedural issue but it will still benefit counties when they are going through the process saving them time and effort.

May is Mental Health Month 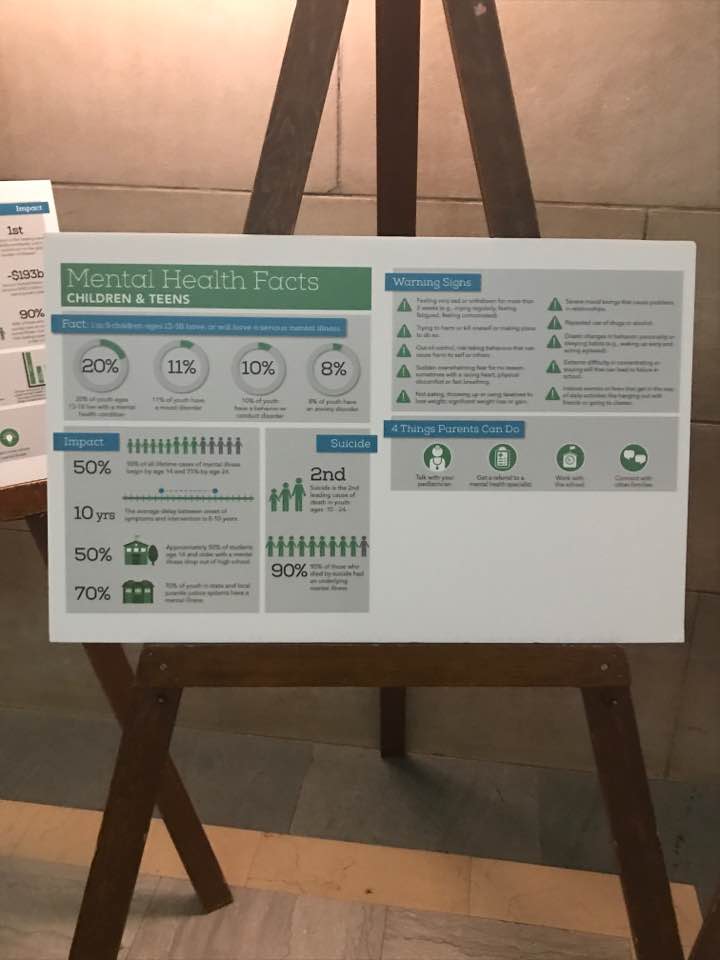 As you may know, May is Mental Health Month and here at the capital, there are a number of displays drawing attention to this important topic. NABHO (Nebraska Association of Behavioral Health Organizations) has put together an extensive display complete with statistics and graphs that show the impact of problems like deep depression and suicide can have on people and families.

For anyone who is in Lincoln in the next few days, I’d invite you to stop by the Capital and check out this display. 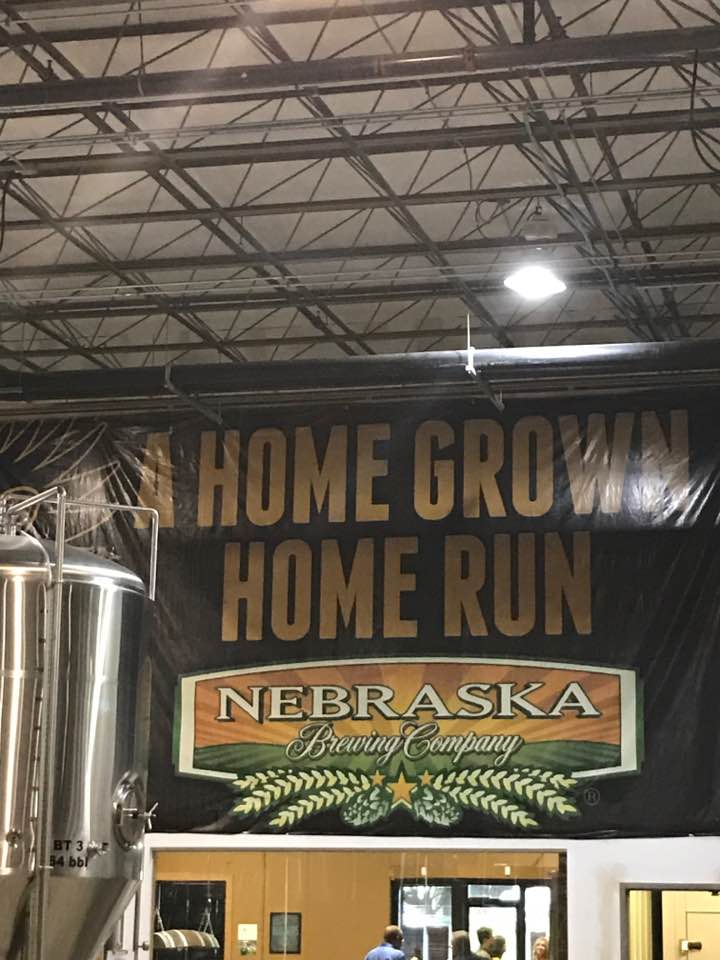 On  Wednesday night I was honored to be recognized by the Nebraska Brewing Company. They were celebrating our fight to make LB632 a better bill that would still protect Craft Brewers and better regulate (and hopefully stomp out) Bottle Clubs. The original version of the bill would have put undue pressures on the craft brewing industry. I brought an amendment that removed that pressure while leaving the great parts of the bill intact. The Nebraska Brewing Company even honored me by naming a new beer after me! The Blood Orange Infinite Wit is quite tasty. Obviously, LB632 helps more than just Nebraska Brewing Company. It helps all the craft brewers in the state who are making a go in this important business. When we talk about local success stories and entrepreneurs, we can look directly at the burgeoning craft brewery industry in Nebraska.

The Department of Roads is beginning a new resurfacing project in the spring of 2018, and this project is set to be completed by the summer of 2019. The construction is starting near the Schramm State Park entrance at mile marker 5.37, and extending north to MM 11.50, the south junction of N-31 and U.S. Highway 6. While it’s never a ton of fun to try and get around these construction projects, this stretch of road badly needs some work and repairs. Thanks to the early announcement, we all have some time to get ready plan accordingly for next spring. To read the entire announcement and more about their plans for this part of the roadway, check out their release here. 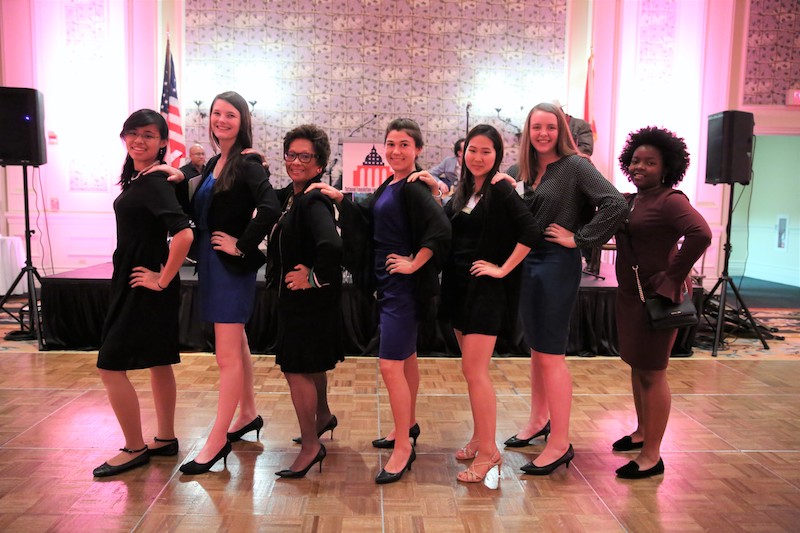 This year marks the 20th Anniversary of the NFWL/NRA Student Scholarship Program and I’d love to see Sarpy county area teens get involved and apply for this program. The contest is open to high school junior and senior girls (Class of 2017 and 2018) from around the country. Applicants are required to write a 400-600 word essay, allowing applicants to address a wide array of pertinent constitutional issues regarding women. In addition to the essay, applicants must complete the application form and obtain two letters of recommendation, one of which must be from an elected woman in their state so if you know someone who would be interested in doing this, please don’t hesitate to contact my office by calling 402-471-2627 or emailing cblood@leg.ne.gov

The contest’s six winners will each receive a $3,000 college scholarship and an all-expenses-paid trip to NFWL’s Annual Conference November 14-18 in Minneapolis, Minnesota where they will network with, be mentored by, and speak to hundreds of women lawmakers from across the United States.

The deadline for entering this contest is July 10 by 5pm EST and all application materials will be due via the online application portal. On September 15, 2017, the winners will be announced and informed. I truly hope area students will take advantage of this opportunity. 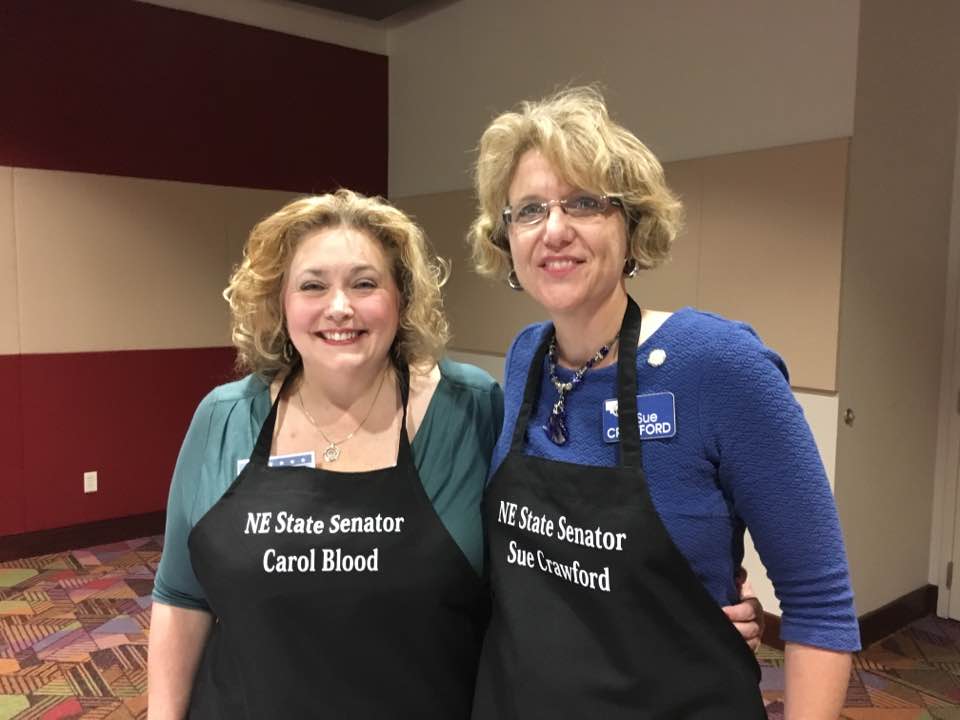 Last Friday, Senator Crawford and I joined various public servants as they served and celebrated area military spouses. The event, held at Bellevue University, included lunch, entertainment, and words of thanks to the spouses from the public servants in attendance.

These military spouses have little say over where and when they move but 77 percent of them say they want to or feel they need to find work. This is the reason I brought LB88 this year. I wanted to make sure those military spouses who wanted to work, would be able to do so, without having to go through a lengthy waiting period while they got their professional licenses approved.

Now that LB88 is law, it should aid military spouses but also come to the aid of the surrounding community. A recent study by the Military times showed the underemployment and unemployment of Military spouses ends up costing the US economy anywhere between $710 and $1 billion a year. With Offutt in our backyard, we feel the effects more directly than other communities in the state.