The session has officially come to an end but that doesn’t mean my work is done. My staff and I will be spending the interim working on and researching legislation for the 2018 session. We also plan to be out and about in the district finding out what we can do to help those who need it most. As always don’t hesitate to contact myself or my office by calling 402-471-2627 or through email at cblood@leg.ne.gov with your comments, questions, and concerns. Because the session is over, the need for weekly updates isn’t nearly as prevalent. Over the interim, I’m anticipating only needing to put out the newsletter on a monthly basis. 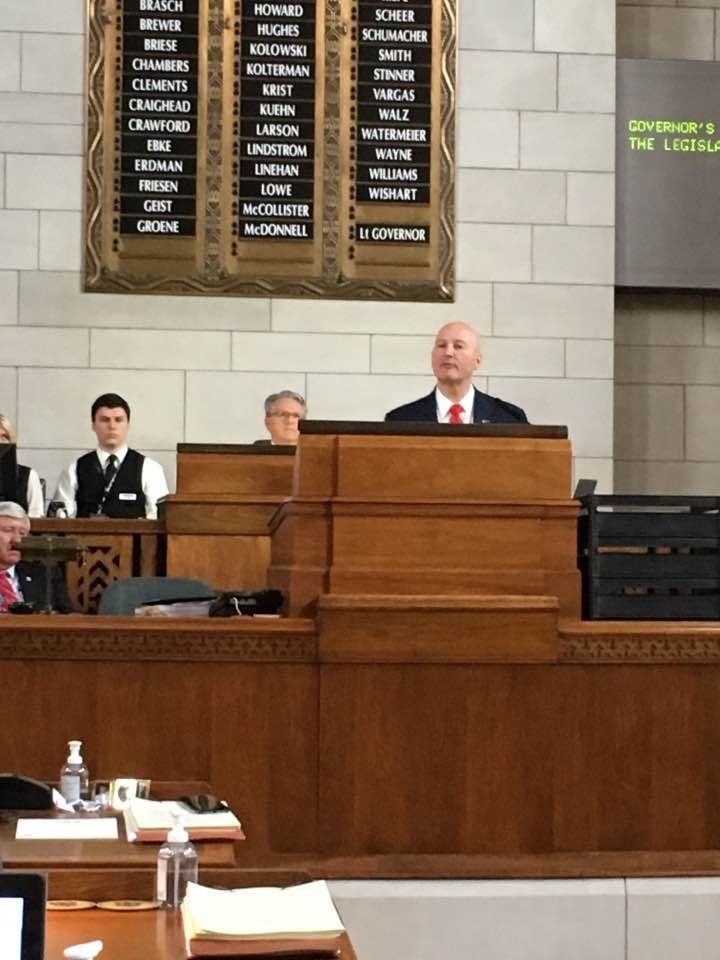 As part of the events marking the end of the legislative session Governor Ricketts came and spoke to the Senators highlighting our progress as a body. In particular, he talked about bills he supported that were presented this year that worked to remove red tape from a variety professions. Among the group, he talked about was my LB88 which will help military spouses be able to do the jobs they love faster after they transfer here. They will now be able to get a temporary license while they wait for their permanent license to be approved after moving to the state of Nebraska. 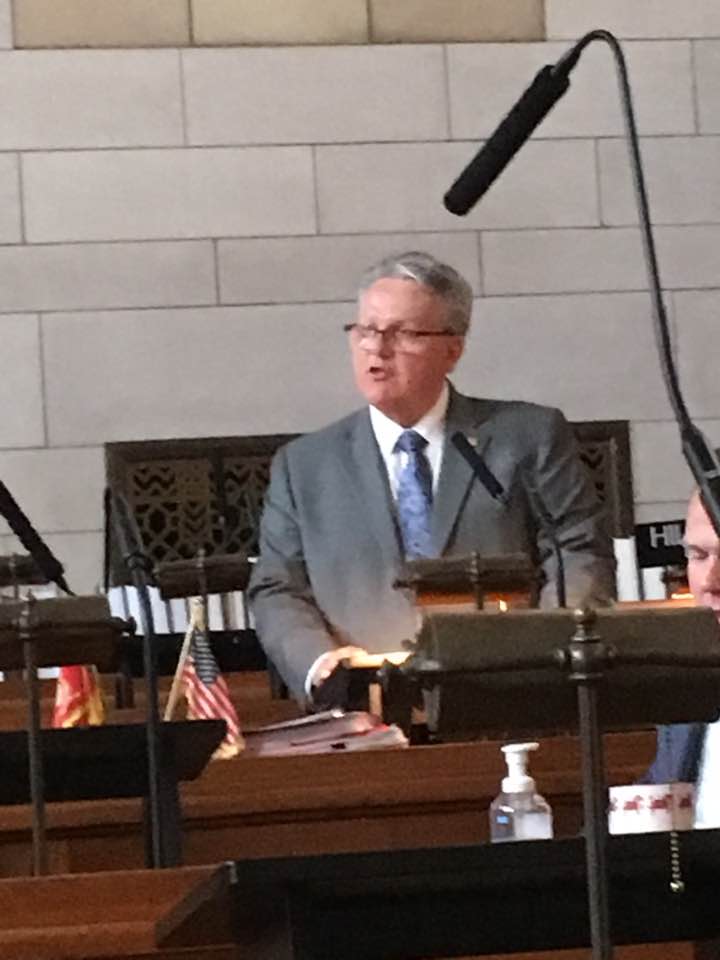 After Governor Ricketts spoke, Speaker Scheer gave a nice speech recognizing the work we have done as a body. He also took the time to recognize all the people who work behind the scenes in order to make the legislature run smoothly, such as the Clerk’s office, the bill drafter’s office, and the transcriber’s office. The transcribers work to make sure all of our hearings and debates on the floor are recorded and then a transcript is created for permanent record.

Business is done for the year

With the legislature officially adjourned until next January, the final tallies are out as far as what we, as a body accomplished. In total, 170 bills were passed by the Legislature this year. While I didn’t agree with, or support every piece of legislation that became law this year, it’s clear that when it came time to buckle down and do the business of the people, we did so as a unified body. There are still 143 bills sitting on General File and nine on Select File and those are just some of the subjects we’ll be taking up when we’re back in session in 2018.

One thing we are going to be working on over the interim is a resolution I brought forward in January. LR4 is a request for an interim study to explore if the development of a more comprehensive water quality study is needed. The catch is that unlike bills that are brought during the session, Interim Resolutions are not guaranteed to get a hearing. At this point, we’ll have to see if the Natural Resources Committee, the committee this LR was assigned to, believes this is a topic that deserves a hearing. The hearing, should it be set, can be scheduled at any point between now and January, so for now, we wait.