The content of these pages is developed and maintained by, and is the sole responsibility of, the individual senator's office and may not reflect the views of the Nebraska Legislature. Questions and comments about the content should be directed to the senator's office at rkolowski@leg.ne.gov

LB 93 which allows for a Veterans designation on driver license passed on final reading and is on its way to the Governor for his signature.

I have a busy summer ahead of me.

Don’t hesitate to contact my office this summer with policy ideas as I would be more than happy to meet with you and discuss potential legislation.

Two Omaha-area districts are leading Nebraska in preparing students for college, according to rankings compiled by national publications.

The Washington Post ranked the country’s “most challenging” high schools, and all three Nebraska schools on the list of 2,054 were from the Omaha area: Millard North, Millard West and Westside.

Millard North and Millard West were the only two Nebraska high schools on the Newsweek list last.

The Washington Post canvassed public and private high schools across the nation. Its rankings are based on a formula that took the number of AP, IB and AICE tests taken by students at a high school and divided it by the number of seniors who graduated the previous year.

I had a wonderful weekend volunteering with my Kiwanis club at a baseball league for children with disabilities. I am inspired by these children and their families. Below is a picture of myself with Bruce Froendt, the founder of this noble cause.

I am please to announce that my bill to help poll workers and voters has passed final reading!

LB 417 supports our volunteer poll workers and our voters by requiring the Secretary of State to publish statewide election guidelines that will create more efficiency, transparency and equity on election day.

Now on to being signed by the Governor into law. 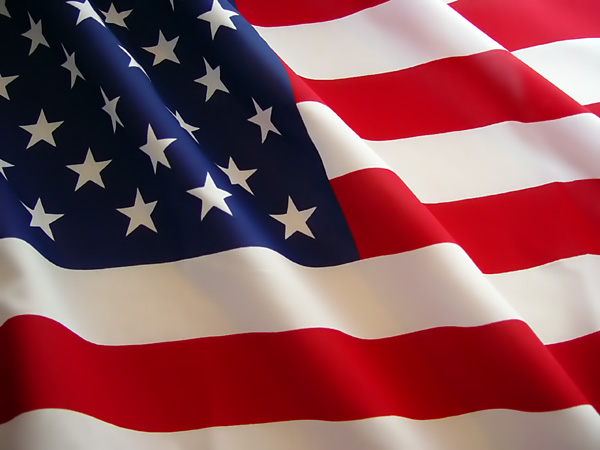 I am please to announce that my bill to help poll workers and voters has advanced to select file!

LB 417 supports our volunteer poll workers and our voters by requiring the Secretary of State to publish statewide election guidelines that will create more efficiency, transparency and equity on election day.

You can view the progress of this bill and any other bill of interest to you by going to this URL: http://www.nebraskalegislature.gov/bills/view_bill.php?DocumentID=18825

A Millard West High School debate coach has been named educator of the year by the National Debate Coach Association.

Fred Robertson was one of four finalists for this year’s award, the only one from Nebraska. He was nominated by former students and fellow debate coaches from across the country.

Robertson flew to Nashville, Tenn., with his wife to accept his award on April 13.

“The debate community is really special group of people, and it means a lot for me to get that from fellow coaches nationally,” he said.

Robertson, who has been coaching debate for 28 years, said he has always enjoyed working with people in the beginning stages of debate.

After 34 years of teaching, Robertson plans to retire at the end of this academic year, but not until he takes four students to the National Forensics League National Tournament in Birmingham, Ala., in June.

Congratulations to Jeff Slobotski and his company Silicon Prairie for their accomplishments!

Jeff is a former Millard West graduate and as a student he was extremely articulate and high achieving.

Silicon Prairie News didn’t have a single employee when the group organized the first Big Omaha conference on innovation and entrepreneurship five years ago. This year, 10 people are on staff.

“We’re not only shaping and forming the startup community, but we’re also a startup ourselves,” said Jeff Slobotski, who co-founded Silicon Prairie News with Dusty Davidson several years ago. “We’re in this, too.”

Looking back on growth in the startup community is part of this year’s fifth annual Big Omaha conference, set for May 8-10 at Kaneko, 1111 Jones St.

Last year, the event sold out, drawing about 650 entrepreneurs, designers, technology professionals, company executives and others. About 700 are expected this year.

Big Omaha will kick off at 8 p.m. May 8, with a public opening party with the Kauffman Foundation. It will close with another public party with Hudl at 9 p.m. on May 10.

Sandwiched in between are two full days of speakers, nine of whom have been announced so far. They include Marc Ecko, founder of venture innovation company Artists and Instigators; Tony Conrad, founder of about.me; Catherine Rohr, founder and CEO of Defy Ventures; and Gentry Underwood, co-founder and CEO of Mailbox, an inbox app acquired by Dropbox.

Antonio Neves, founder of THINQACTION, will serve again as the conference’s emcee.

Slobotski said the conference is about more than connecting locals with others involved in the startup community. It’s about showing people outside of Omaha what the city has to offer, he said. Last year, the event brought in people from 30 states, and Slobotski is anticipating a similar turnout this year.

“That’s what I get excited about,” he said. “It’s not just an Omaha thing. It’s not just a Nebraska thing. It definitely brings folks in from across the country. Some folks come in not knowing what to expect and get to see the Old Market and Kaneko and are continually blown away.” 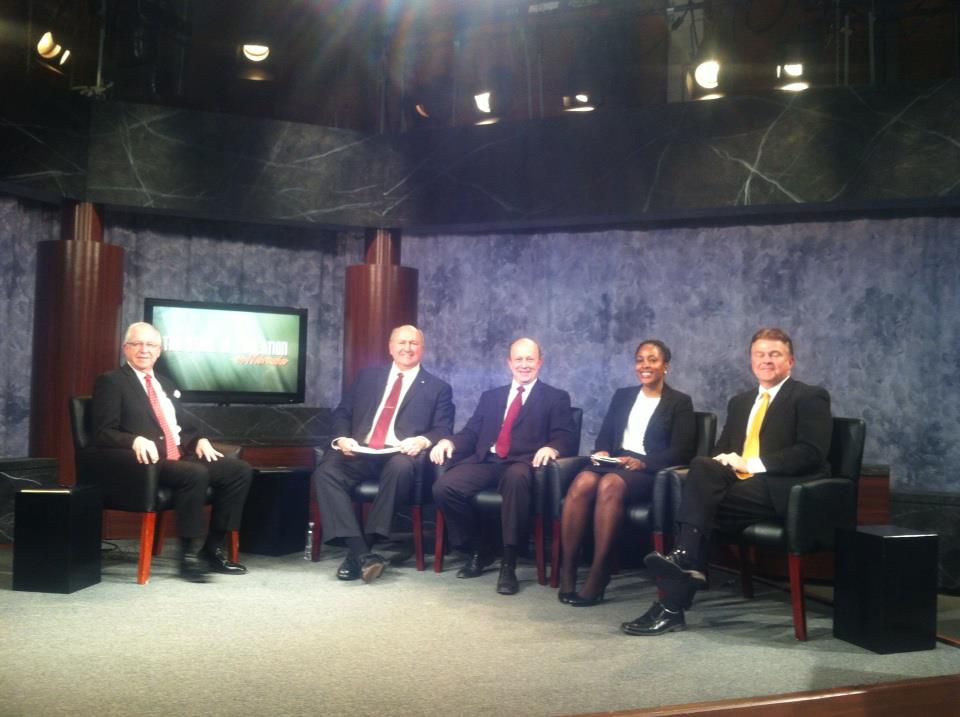 Watch Senator Rick Kolowski LIVE on NET2 @ 8pm on Thursday, April 18 as he discusses the State of Education in Nebraska.

We finally posted pictures taken from the opening day of this year’s session and it reminds me how much I miss my children and grandchildren! 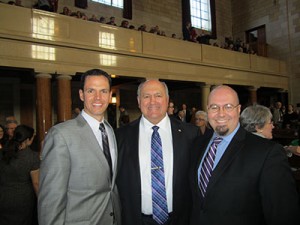 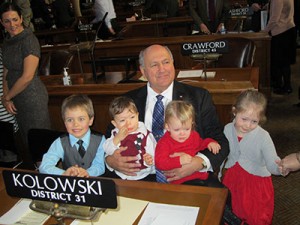 Sen. Kolowski enjoys the first day of session with his four grandchildren, (left to right) Owen, Joey, Gwen and Poppy. 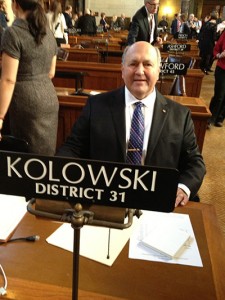 Sen. Kolowski getting familiar with his new desk in the chamber as he begins his first day as a senator.

You are currently browsing the archives for the 2013 category.