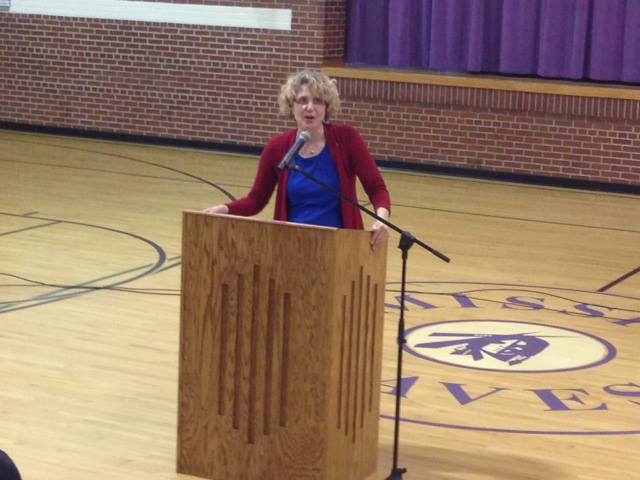 Thank you to all who attended my town hall meeting on Thursday afternoon at Mission Middle School.   I am looking forward to hosting my next town hall meeting sometime this summer.  Stay tuned for the time and place.

Prison Reform, Autism Coverage, Water Funding Among Key Issues Passed This Session
Despite a short, 60 day session and a large number of filibusters this session, the Legislature still managed to pass several meaningful pieces of legislation on key issues including juvenile justice reform, prison reform, insurance coverage for autism treatment, water funding, and more.  Here is a short synopsis of the work we accomplished this year–and the work still left to do.

Prison Reform:
✓ Juvenile Justice Reform (LB 464):  Cases where youth commit lower level offenses will begin in
juvenile, rather than adult court. Makes changes to Nebraska’s truancy law, involving the school,
parents, and child earlier in the process before referring these kids to the county attorney.
✓ Prison Reform (LB 907): Makes key changes to Nebraska’s criminal justice system including a
task force to study the issue of prison overcrowding, “ban the box” provisions to help ex-inmates
find gainful employment and avoid recidivism.
✓ Mental Health Programming for Prisoners (LB 999): Requires the Department of Behavioral
Health to conduct an assessment regarding whether a correctional behavioral health treatment
center could be incorporated into services offered by the Hastings Regional Center.

Tax Relief:
✓ Property Tax Relief (LB 200): This year’s budget bills included a $25 million appropriation to the
Property Tax Relief fund.
✓ Income Tax Relief (LB 987): Indexes income tax brackets for inflation and also exempts social
security benefits from state income tax for Nebraskans who earn less than $58,000 for married
couples filing jointly and $43,000 for individuals filing any other return.
✓ Military Retirement Income Pay (LB 75, passed as LB 987): Provides a modest tax credit for
new military retirees beginning in 2015. I am disappointed that LB 987 does not provide tax relief
for those military retirees who have already made a commitment to our state and our communities.
✓ Homestead Exemption (LB 986 and 1087): LB 986 expands the homestead exemption program
to include more families, including families with a child or close relative who have a developmental
disability. LB 1087 grants homestead exemptions to veterans who are 100% disabled due to a service
connected disability.  LB 1087 also applies to widows or widowers of such a veteran.

Military and Veteran Issues:
✓ In-state tuition for Veterans (LB 740): Grants immediate in-state tuition for veterans who have left
active duty for two years or less and their families.  Veterans and their families will be able to qualify for
in-state tuition and start using their educational benefits right away.
✓ Military Honor Plates (LB 383): Creates 6 Military Honor Plates for veterans and active duty personnel
who served in the US Army, Navy, Marine Corps, Coast Guard, Air Force or National Guard.
✓ Employment Preference for Disabled Veterans’ Spouses (LB 588): Extends a veterans preference in
hiring for the spouse of a veteran with a 100% permanent disability. Adds a hiring preference for all
veterans, regardless of disability status.
✓ Limited Tax Exemption on Military Retirement Pay (LB 75; passed as LB 987)

Governor Vetoes Bipartisan, No-Cost Option to Expand Healthcare Access in Nebraska Over a 43-0 Vote
On Tuesday, Governor Heineman vetoed LB 916 despite the fact that the bill received overwhelming support by the Legislature.  I am extremely disappointed that Governor Heineman chose to veto a bill that garnered  such strong support by members of the Legislature and the many Nebraskans who contacted my office on this issue.  In the days since the veto, I continue to receive emails telling stories of nurse practitioners across Nebraska–particularly in rural areas–who cannot find a physician in their area willing to sign their integrated practice agreement or cannot afford the cost, sometimes in the tens of thousands of dollars, to secure such an agreement.  These nurse practitioners want to work as nurse practitioners and  serve their rural communities.  However,  the Governor’s veto leaves them without a viable option to practice short of moving to another area.

Despite my disappointment with the Governor’s decision, I am encouraged by the strong vote the bill received on Final Reading last week. No senators voted against the bill in committee or on Final Reading.  It is clear that the Legislature is ready to lead on this issue. I intend to introduce a bill next year to finish what we started, reducing unnecessary government regulation and allowing Nebraska to recruit and retain nurse practitioners in the state.

Interim Work Begins
With session ending last week, we now move into the interim.  Much of this time will be spent researching bill ideas and completing research on our interim studies.  A listing of all interim studies can be found at the following link: http://nebraskalegislature.gov/session/interim.php.  If there is an interim study resolution of interest to you, I encourage you to contact the introducing senator.  The summer and fall are great times to engage with senators if you want to be involved in shaping bills and policy before bill introduction in January.  Please do not hesitate to contact me if you are interested in working on any of my interim studies or if you have ideas for legislation for next year. 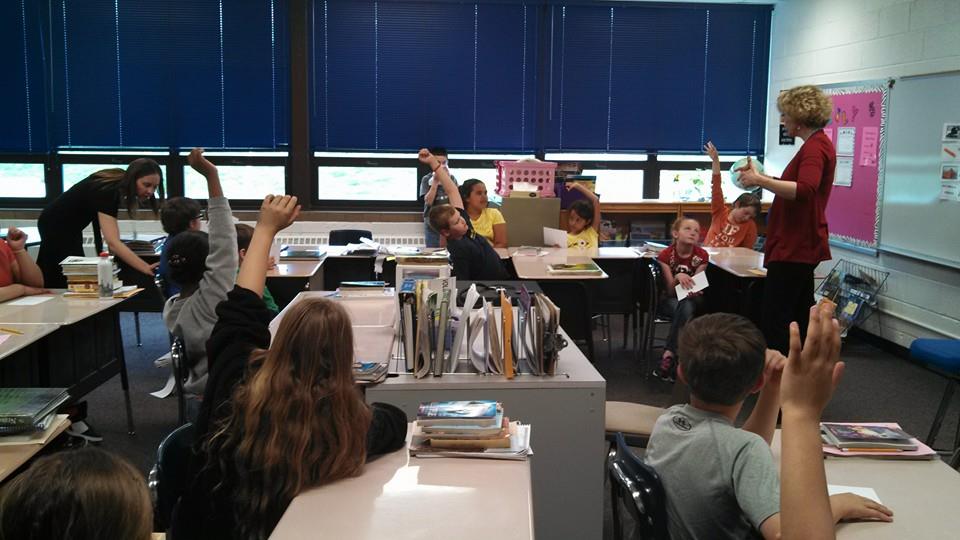 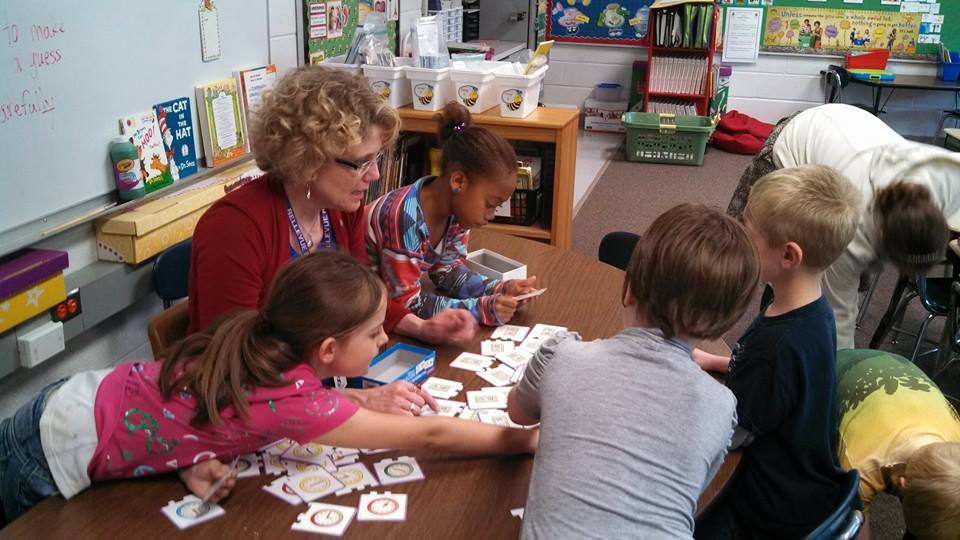 In honor of ServeNebraska week, I spent time visiting with students at Central Elementary and Belleaire Elementary in Bellevue. 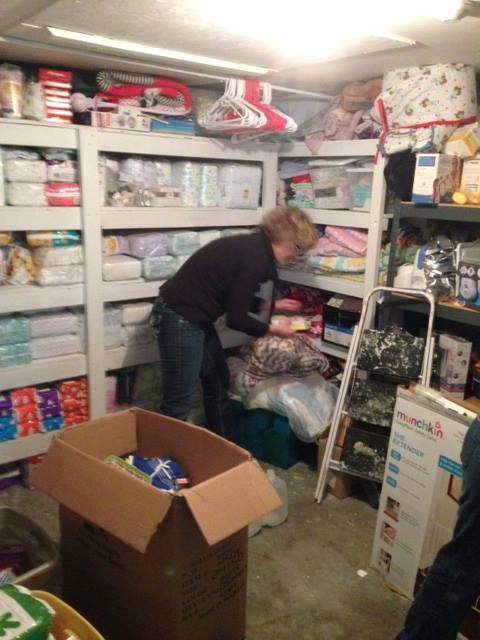 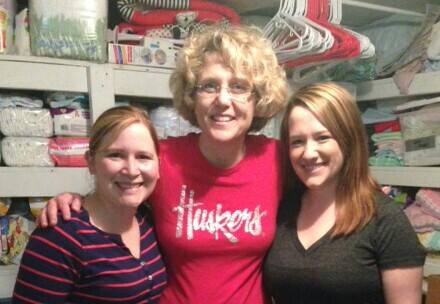 My staff, Kaitlin and Courtney, and I enjoyed volunteering at Youth Emergency Services for ServeNebraska week, an Americorps program designed to encourage volunteering in your community. We organized all the items people have donated for homeless mothers at the Maternity Home in Bellevue.