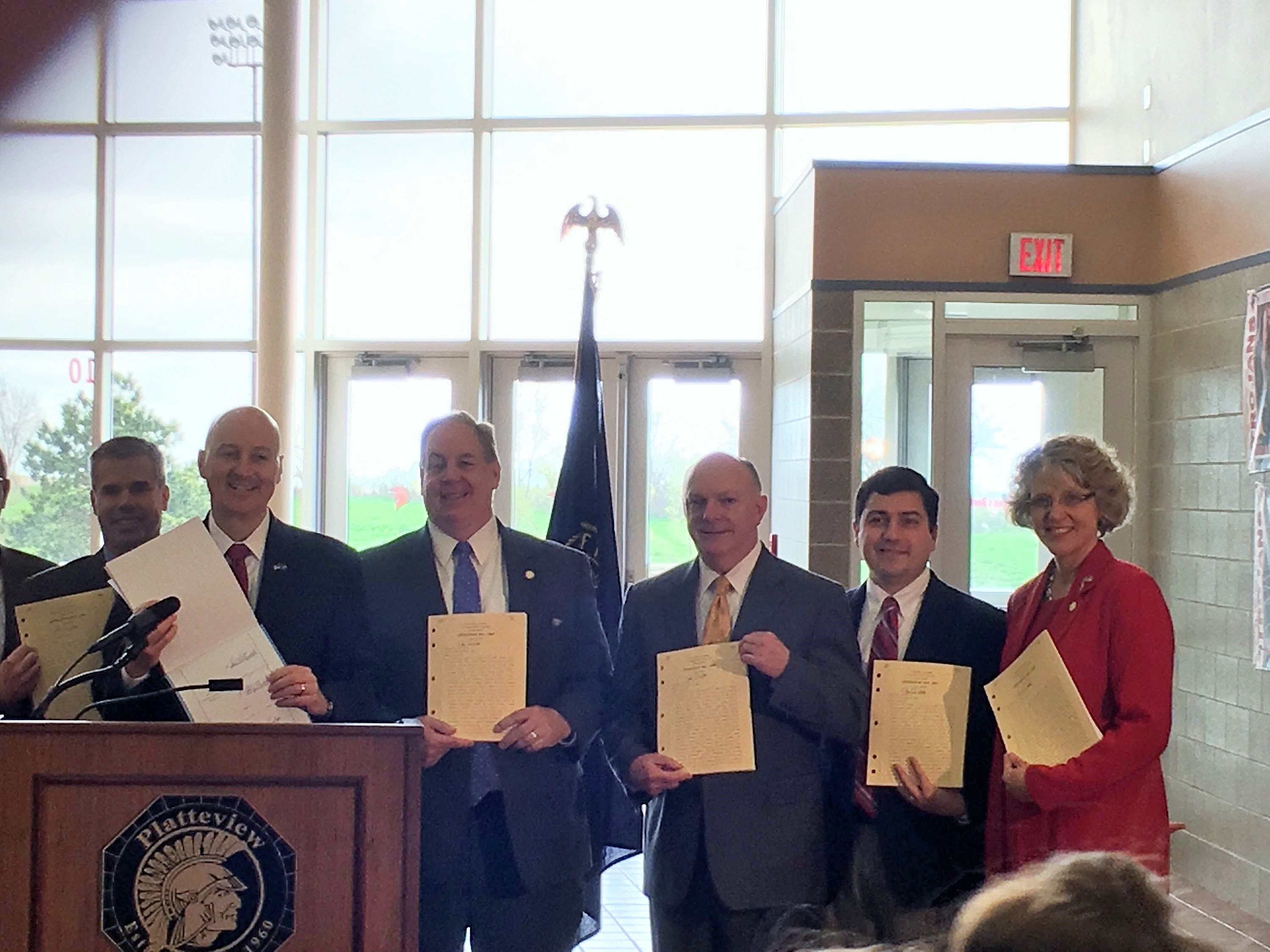 In a formal ceremony Tuesday at Platteview High School, Governor Pete Ricketts signed LB 1067 into law.  LB 1067 ends the Learning Community’s Common Levy, phases out the costly open enrollment transportation policy of the Learning Community and directs attention to high poverty and ELL students.  When I went door to door in 2012, the common levy and the cost of Learning Community transportation were among the top concerns of voters in the district.  I have worked over my four years to address these concerns.  After years of hard work by the Sarpy County Senators and Senator Rick Kolowski from Millard, the Learning Community Superintendents, legislative staff, and many community advocates, I am grateful that, with Senator Sullivan’s leadership, we were able to bring the common levy to an end and phase out the added transportation costs that were associated with the Learning Community.  This change in state policy paves the way for boundary agreements between Sarpy County school districts that are expected to dramatically expand housing development in Bellevue and Papillion.  The Learning Community programs that serve low income students in multiple school districts, such as early childhood programs that have been successful in improving learning outcomes, will continue.

The Governor signed LB 754, my personal priority bill into law this week.  LB 754 establishes the Commission on Military and Veteran Affairs and creates a point person to work with the Governor to assist the state in attracting and retaining missions at our military installations and to help leverage economic development in our communities tied to these installations.  The liaison created by LB 754 puts Nebraska into a better position to protect military installations and bring new missions into the state. 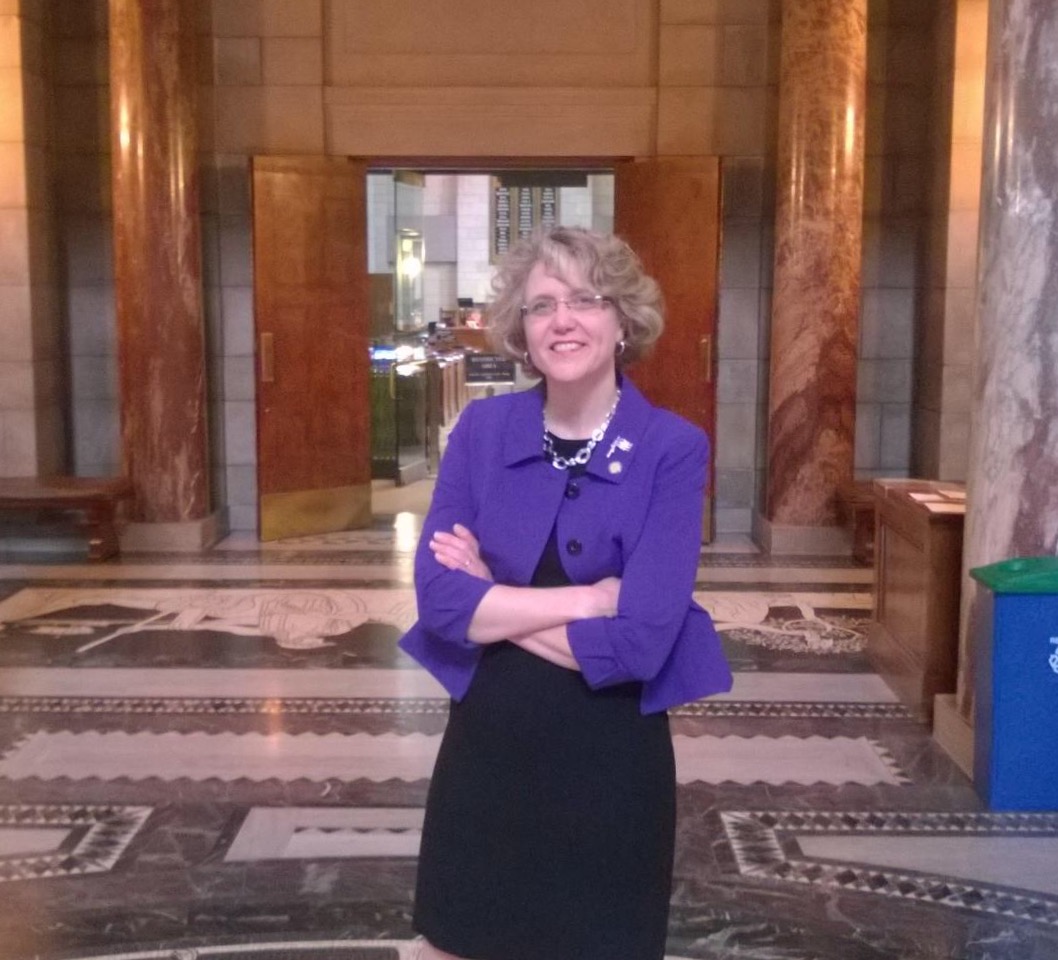 All sessions end in a hectic pace, but this is particularly true for the 60-day short sessions like 2016.  As we ended the session this week, I took some time to relish the privilege of being able to serve District 45 for the past four years in the beautiful Nebraska capitol. The last day of session is always a special day with many family members present.  I was glad to have David there with me. Although we started the day with an intense veto override debate, most of the day was focused on wrapping up the session and celebrating the accomplishments of those Senators who are leaving because of term limits.

I also took some time this week to circle back to the survey results that we gathered in November of 2015.  Those of you who were on this update list then would have had a chance to respond to the survey.  I used campaign funds to send mail surveys out to almost 3,000 other voters so that we could get feedback from a lot of voters without using taxpayer dollars.  Over 400 voters in LD 45 responded.  A wonderful volunteer, Joli Munch, entered and analyzed the survey data.  She gave us an initial report on the results in our December pre-session retreat so that we could consider the responses as we prepared our priorities for the session and then gave us a full report during session.  I am happy to report that we made progress on some of the key priorities identified in the pre-session survey.

Priorities for the Session:  The first question on the survey asked respondents what they thought the Legislature’s top priority should be for the 2015 session.  The top three responses were: Eliminating the Common Levy, Veteran/Military Issues, and Tax Reform, with Improving Mental Health Services in a strong fourth place.  Another question listed several issues that I was working on over the interim and asked voters to indicate which ones were important to them.  The issues that voters listed as most important from this list were eliminating the common levy (72%) and improving access to mental health services (79%).

I am happy to report that we did eliminate the common levy, so we accomplished that top priority that was considered important to over 70% of survey respondents.  We also made progress on Veteran and Military Issues this year with bills to create a Military and Veterans Commission, Veteran’s courts, expanded military spouse conceal carry rights, expanded veteran spouse homestead exemptions, and job protections for Guard members, to name a few.  The Unicameral was not as successful at tax reform this year.  We have passed a number of tax reductions and reforms over the past four years, but this year the main tax changes were removing a minimum levy for state school aid (which is an important property tax accountability issue in more rural areas) and a $20 million increase in our property tax relief program.  I was disappointed that we did not make progress on retiree taxes. On one of the recess days this week I joined Senator Garrett and Senator Lindstrom for a panel discussion on how to move forward on retiree tax reform in the future.  The panel was sponsored by the Platte Institute and attended by many Sarpy county residents.  On the issue of improving mental health services, one important step this year was a bill that passed to authorize “problem solving courts.”  This policy provides a way for courts to reduce the number of people who end up in jail or prison who should instead be in mental health treatment.  One of the bills that did not pass this year that would have dramatically increased access to mental health services was the Transitional Health Insurance Act.  Our failure to pass a bill to bring dollars paid by Nebraskans to the federal government back to Nebraska to improve our health system has been a great disappointment. Near the end of the session I was selected by my peers to serve on a Behavioral and Mental Health Services Taskforce to examine mental health services in the state and to develop proposals for improving those services.  I am hopeful that this Taskforce will leverage important improvements in mental health services in Nebraska over the next few years.

Nebraska Services:  One survey question asked voters to identify the state services most important to them.  The clear winner was roads.  Voters recognize that a sound infrastructure is critical to the state and a central responsibility of government.  Last year, a strong bipartisan group of Senators (20 Republicans and 10 Democrats) voted to override Governor Rickett’s veto of LB 610 to bolster our investment in city, county, and state roads through a 6 cent increase in the gas tax that directs 2 cents to cities, 2 cents to counties, and 2 cents to state roads.  Some of the roads in the LD 45 area that will benefit from this investment are 36th Street, Platteview Road, Capehart Road, and Hwy 75.  This year, we passed the Transportation Innovation Act (LB 960), which puts the state funds from the gas tax increase to use to speed up the completion of our freeway system and modernizes the way that we do bidding for road construction.

Thank you to all of the Update readers who responded to the survey.  I appreciate the time that many of you took to also give us detailed comments on several of the issues.  Thank you also to all of you who have sent emails and made phone calls to share your views and concerns.  I pay close attention to the issues and questions that come in these calls and emails.  I appreciate your engagement in your Nebraska state government!  It has been an honor to work hard on your behalf to try to make the best policy for Nebraska’s future. 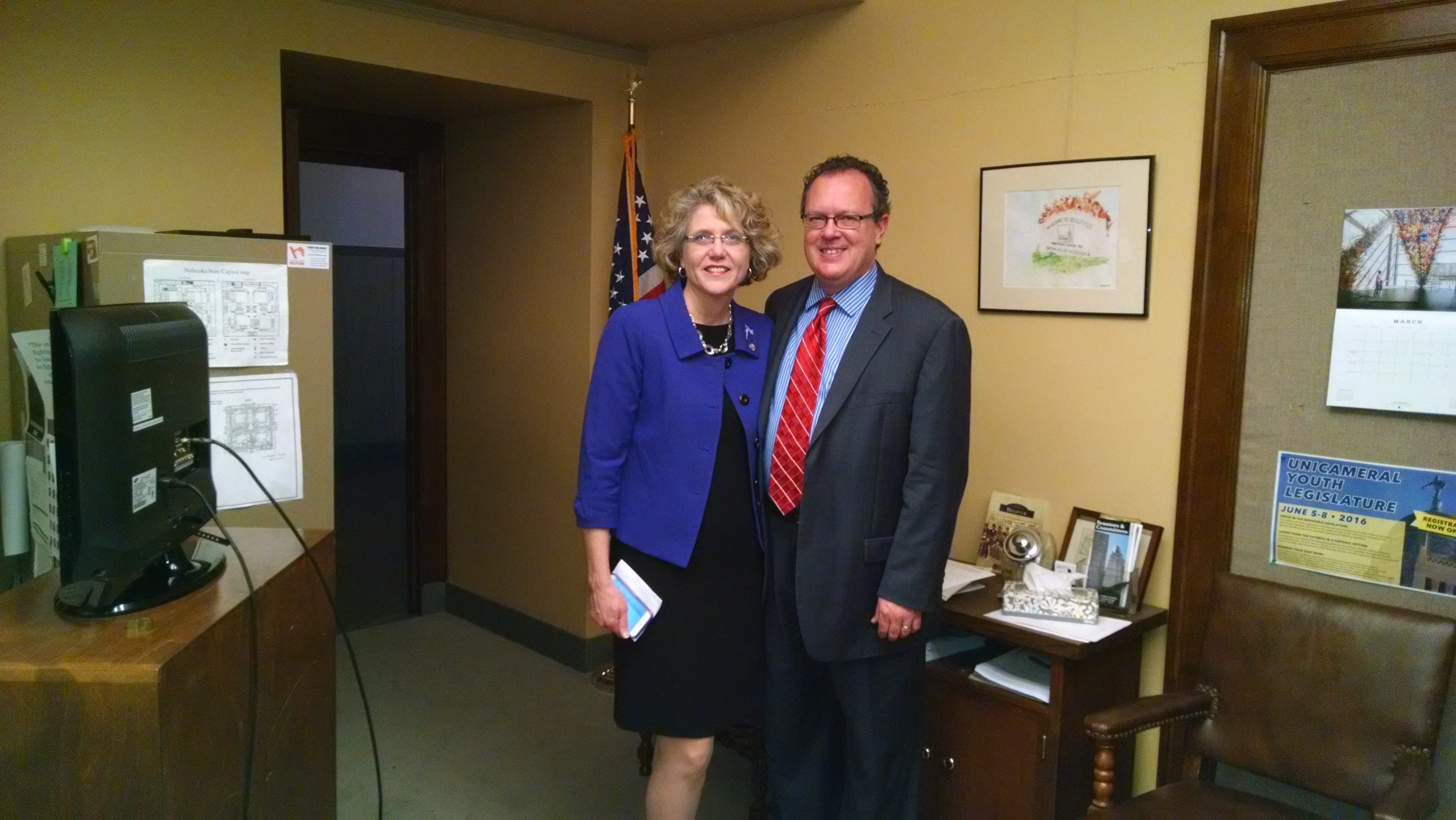 We now shift to our interim schedule for future legislative updates. We will send legislative updates approximately once a month until the Legislative session begins again next January.  These updates will focus on interim study and bill research for next session and will continue to feature events in the district and information about town hall events.  I anticipate we will send our next update in late May.

Since I am up for re-election this year, I will be spending the next 2 ½ weeks campaigning.  The primary election is May 10th.  I expect that I will see many of you at events in the Bellevue area and I may show up at your door as I continue to go door to door to talk to voters.