So, what exactly did Rudy do? After Marco Abel and Julia Schleck received the James A. Lake Academic Freedom Award for defending the English Department against political attacks, Rudy spoke out against the decision and was accused of making “accusatory and defamatory judgments” about other members of the Faculty Senate. Rudy defended Kaitlyn Mullen by criticizing how extremist, left-wing professors bullied her as she tabled for Turning Point USA last year. And, for making these kinds of accusatory statements his academic freedom was overruled by the other members of the Faculty Senate.

Rudy was also accused of making “unilateral decisions without consultation.” After the AAUP censured the University of Nebraska for firing Courtney Lawton, the graduate teaching assistant who bullied and berated Mullen and called her a “Becky”, Rudy dared to form a committee to get the University removed from the AAUP’s censure list without consulting the extremist opinions of these same left-wing professors. And for that, he was dethroned.

Second, Andy Park and Ron Himes, two extremist, left-wing professors at the Johnny Carson School of Theatre & Film, have made it a point to deliberately insult Christian conservatives on campus. The Nebraska Repertory Theater recently performed, “An Act of God,” a play full of religious bigotry. While billed as a “History Maker,” the play is really nothing more than a sacrilegious attempt to mock God and those who believe in Him. The play is partially funded with Nebraska tax dollars and is performed in very poor and obscene taste. For instance, there is nothing funny about God creating Florida in the shape of male genitalia or God associating his Son with female genitalia, yet these statements describe actual lines from the play. The play is highly irreverent, but don’t take it from me; take it from the producers of the play, who advertised the play on their own website as being “irreverent.” Moreover, Jesse Green, writing for Vulture, a secular online theater magazine, described the play as “…one of the most vehement takedowns of the deity ever to reach Broadway.” The play was neither art nor comedy; it was offensive atheistic propaganda and mockery designed to offend religious students on campus.

Third, certain extremist, left-wing professors have begun asking students in class about their religious and political biases. When one student answered that he had no biases, the professor hounded him until he admitted that he had “a bias against liberal Democrats.” In order to punish or deprogram the student, he was assigned the task of following a liberal Democrat State Senator around the Capitol for several days; thus, violating the non-partisan spirit of the Unicameral.

Fourth, certain extremist, left-wing professors at the University of Nebraska continue to harass Kaitlyn Mullen more than a year after her incident of tabling for Turning Point USA. Chemistry Professor, Gerard Harbison, for example, continuously trolls Mullen online, leaving creepy and negative messages on her social media pages. Harbison trolls Mullen under the online alias, “Moloch’s bartender,” which is an obvious reference to the ancient Canaanite god known for child sacrifice. To be sure, Mullen’s death is exactly what he wants. For instance, in one post he referred to Mullen as a “junior Nazi di—– who will soon be underground.” So, Harbison made a death threat against Mullen, and yet nothing has ever been done to confront him or to reign in this kind of behavior, yet it has been going on for over a year.

As you can see, the University of Nebraska System has now devolved into the kind of place where freedom of speech means only that faculty members can do whatever they want, including harassing students, offending them, and even threatening their lives without any fear of consequence, and, those faculty members who dare to speak out against what these extremist, left-wing professors are doing are quickly purged from all positions of leadership. 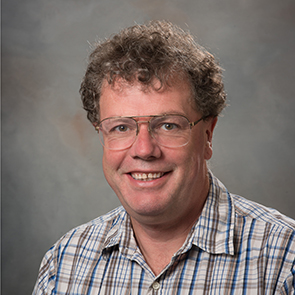