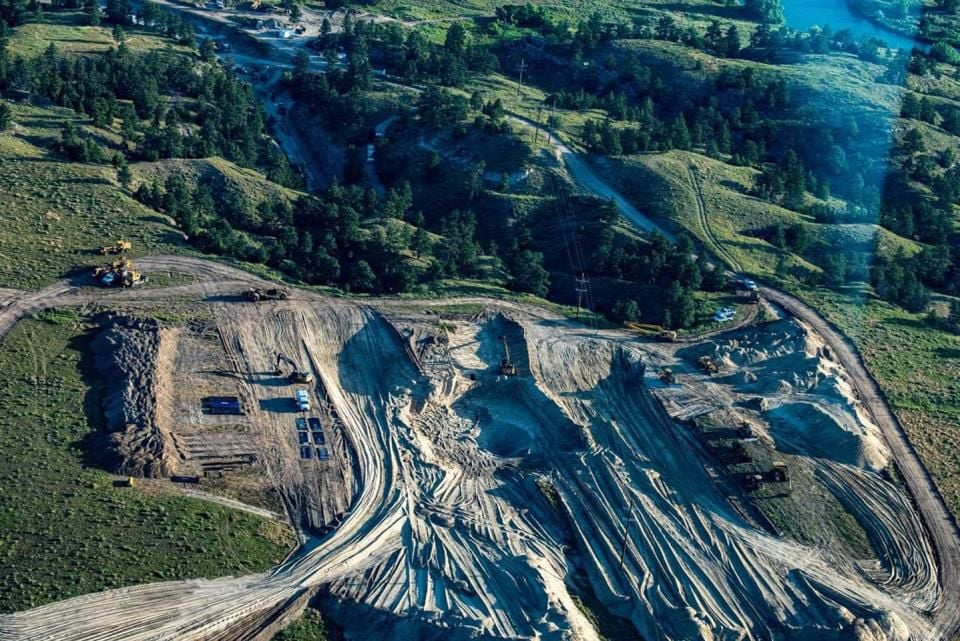 As the old saying goes, “When it rains, it pours!” And so has it been in the Nebraska Panhandle. Whether it be the Spring Blizzards, the irrigation tunnel collapse, or the recent hail storms, western Nebraska has been absolutely pummeled this year with precipitation and severe weather. Fortunately, some relief is now on the way.

Last week I toured the site of the Gering to Ft. Laramie-Goshen irrigation tunnel collapse with a representative from U.S. Senator, Ben Sasse’s office, Nebraska Secretary of State, Bob Evnen, and Assistant Secretary of State, Cindi Allen. After assessing the damage and seeing the loss of water to some 54,000 acres in western Nebraska, there was no question that something had to be done on the federal level.

The U.S. Secretary of Agriculture responded the very next day. On Friday the U.S. Secretary of Agriculture, Sonny Perdue, announced that the Gering to Fort Laramie-Goshen irrigation tunnel collapse was caused by unusually high precipitation in the area. Consequently, the Risk Management Agency determined that since the tunnel collapse was due to natural causes, crop insurance would cover all those agricultural producers affected by the disruption in the water supply. This is great news for farmers and ranchers in the affected area.

Western Nebraska has been hit very hard this year, and there remains still more work to be done. However, please know that your elected officials are all working hard to give you the relief you need. The last thing we need in western Nebraska is a string of more farmers and ranchers filing for bankruptcy.

So, today I want to express my gratitude to U.S. Sen. Ben Sasse, U.S. Sen. Deb Fischer, and Congressman Adrian Smith as well as those politicians named above from Wyoming for doing the right thing and writing that letter. Because they advocated for farmers and ranchers in western Nebraska and eastern Wyoming who’ve been affected by this natural disaster, we should all be grateful. Most of all, though, I thank God for his providential care and for extending to us his generous hand of provision during this time of great need.