The content of these pages is developed and maintained by, and is the sole responsibility of, the individual senator's office and may not reflect the views of the Nebraska Legislature. Questions and comments about the content should be directed to the senator's office at bbostelman@leg.ne.gov 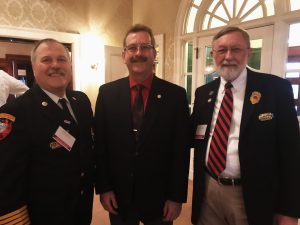 This past week I had the opportunity to attend the Nebraska Volunteer Firefighters breakfast in Lincoln.  It was a pleasure to talk with firefighters and auxiliary members from around the state, esp Joel Cerny of Linwood and Jim Egger of David City.  This morning was a weather challenged morning and I appreciate everyone that traveled to Lincoln for the breakfast. 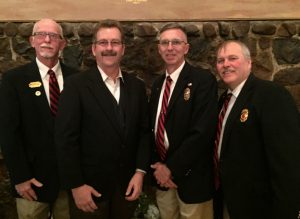 Saturday evening was the 82nd annual banquet of the Schuyler Volunteer Fire Department.  The banquet recognizes and honors those firefighters, EMS and auxiliary members that serve the Schuyler community.  I am always amazed at the dedication and commitment our volunteers have towards their communities and encourage anyone who is considering joining their ranks to please do so as you will make a difference.  Pictured are Jim Horn of Schuyler, myself, Parrish Abel of Gering and Joel Cerny of Linwood.  Thank you for all you do. 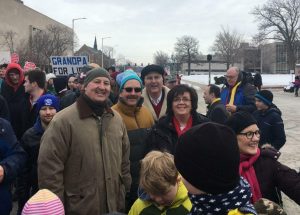 Saturday morning was Nebraska’s Walk for Life at the Capital.  I was in attendance with over a thousand pro-life supporters that braved the cold morning to come together and walk in support of life.  It was heartwarming to see so many from across the state gather for the 45th consecutive year in support of life.

The last few weeks I’ve had the opportunity to look at several water projects in eastern and southeastern Nebraska.  In particular, I attended the US Army Corps of Engineers annual Open House at the former ordinance plant near Mead, NE.  While at the main ground water treatment plant I had the opportunity to meet and discuss the Corps work with Janet Mathews-Flynn, Project Manager.  Our discussions included characteristic of the plumes, well locations, treatment plants and procedures.  In addition, we discussed future activities, land use and remediation in general regarding the Corps remediation program.

Our second day was spent in Nemaha Basin touring varying sites that included Duck Creek Recreation Area, Auburn Municipal Water (a high tech water treatment facility), Shubert Wellhead Protection, Tecumseh Niobium Mine proposal and on farm conservation practices.  We also looked at the little Nemaha River channelization project completed years ago and the bank erosion that is being caused both because of the channelization and the lack of flood control in the upper regions of this river.

Finally it was a privilege to attend the EPA’s delisting of the Shell Creek Watershed for atrazine impairment of aquatic life announced by Secretary Pruitt just north of Schuyler.  This is a first of its kind using an integrated water management plan that included 340 conservation management methods over 12 years that included 110 miles of Shell Creek.  This was accomplished through a collaborative of agencies and individuals that began 19 years ago with the forming of the Shell Creek Watershed Improvement Group (SCWIG).  This locally led group of landowners worked diligently to make this a reality.  In addition, Newman Grove High School students have completed water sampling of up to 70 sites in the watershed for the past 16 years.  Schuyler High School students have also worked over the past 3 years with the water sampling project as well.  After the ceremony Newman Grove students provided attendees with water sampling demonstrations.  Congratulations to everyone involved this was a great opportunity to showcase how working together made a significant impact to our environment. 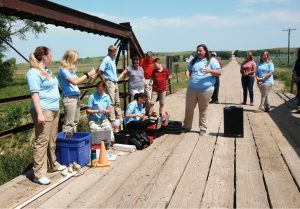 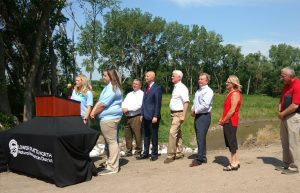 Newman Grove Students speaking of their involvement at the Ceremony 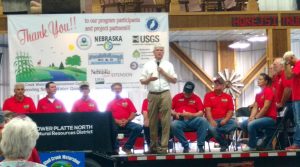 This Memorial Day I participated in Memorial Services with Valley of Paradise Post 371 Valparaiso at Touhy, Raymond, Agnew and Valparaiso. The pictures below are of the Memorial Day address at the Valparaiso Cemetery.  I want to again thank and honor all those who have served and sacrificed for our Country. 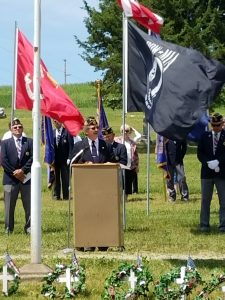 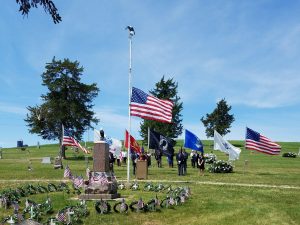 A memorial at Pearl Harbor references a poem that first lady Eleanor Roosevelt kept in her wallet during WWII.

Lest I continue my complacent way, help me to remember somehow out there a man died for me today.  As long as there be war, I then must ask and answer Am I worth dying for?”

This Memorial weekend take time to pause, stand still, and remember the men and women that have given the ultimate sacrifice for country, family, friends and for those that stood beside them.  Remember the Gold Star Families, the loved ones left behind that hear their voices and see their faces in their memories.  A father or mother, brother or sister, son or daughter, that gave of themselves in time of war and peace.  A time to reflect and time to honor those that gave their all.  Join me this Memorial Day by attending a memorial service in your town, or wherever you may be to remember, reflect and honor those that gave their all.

Have a safe summer and Memorial Day Weekend.

Posted in Events
Out and About in the District: G and G Storage Ribbon Cutting Ceremony and Opening
May 22nd, 2018

On Wednesday, May 16th I attended the ribbon cutting ceremony to mark the official opening of G and G Storage in Mead, owned by Josh and Cortney Girmus. G and G Storage can store RV and trailers and will hold up to 280 units. It’s great to see these business’s operating in and serving the communities of District 23. 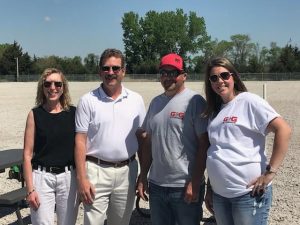 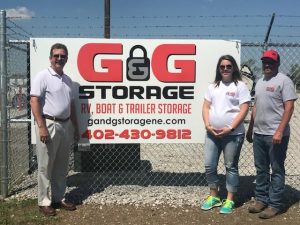 I enjoyed the opportunity to attend the 2018 Governor’s Arts Awards in La Vista this week on the evening of Tuesday, May 8th. The Governor’s Arts Award ceremony is an opportunity to celebrate Nebraska arts organizations, arts professionals, and the people and businesses that support the arts in Nebraska. Two of the honorees this year are from District 23. Anna Nolan and Allen Covault of David City. They received the Thomas C. Woods III Partner in the Arts Award for their support and work in the arts and the Bone Creek Museum. The awards highlighted the Bone Creek Museum of Agrarian Art which opened in 2008 and brought national attention to the art of David City native Dale Nichols and others. Anna and Allen formed the Nolan Covault Foundation to assure future growth and success of the museum’s mission to connect people to the land through art. I appreciated the opportunity to witness the well-deserved recognition of these District 23 constituents and others for their contribution to the arts. 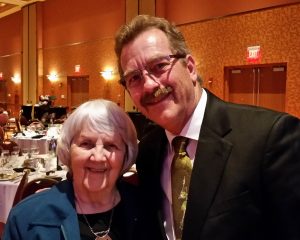 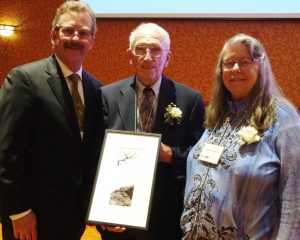 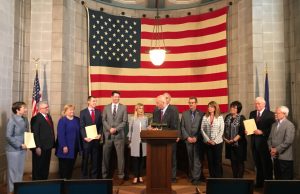 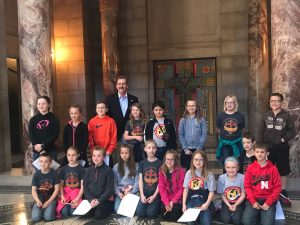 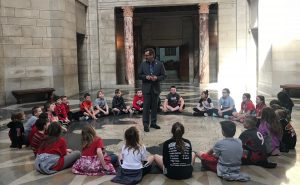 You are currently browsing the archives for the Events category.