(Lombard, Ill.) May 11, 2019 — Senator Myron Dorn of Adams, Nebraska Legislative District 30, was among 37 select lawmakers chosen to participate in a training program that annually identifies and assists promising state leaders in the Midwest.

Senator Dorn will meet with two fellow lawmakers from Nebraska and 10 other Midwestern states and four Canadian provinces on August 9-13 in Minneapolis, Minn., for The Council of State Governments’ 25th annual Bowhay Institute for Legislative Leadership Development (BILLD).

“The Bowhay Institute is one of the premier leadership training programs in the nation,” says Nebraska Sen. Sara Howard, who serves as co-chair of the institute’s steering committee. “The legislatures in the region have benefited greatly from the skills their members have gained through this unique educational experience. Many of the graduates now hold key leadership positions in their state.”

Since 1995, 840 lawmakers have graduated from the Bowhay Institute. State legislators from Illinois, Indiana, Iowa, Kansas, Michigan, Minnesota, Nebraska, North Dakota, Ohio, South Dakota and Wisconsin are chosen to participate through a competitive, nonpartisan selection process.  Members of the Alberta, Manitoba, Ontario and Saskatchewan legislative assemblies are selected by their caucuses to take part in the program.

BILLD was founded in 1995 to help new legislators meet the demands of increased policy responsibility being shifted to the states and, in many states, term limits and high legislative turnover.  These two emerging forces highlight the shortage of training available for legislators — a void that BILLD aims to fill.

A program of The Council of State Governments’ Midwestern Office, the 2019 BILLD program will be held in partnership with the Center for the Study of Governance and Politics at the University of Minnesota’s Humphrey School of Public Affairs. Courses and seminars are conducted by Humphrey faculty, Midwestern legislative leaders and professional development experts. In addition to curriculum designed to develop leadership skills, the program analyzes a variety of public policy issues, including the economy, trade and health care policy. 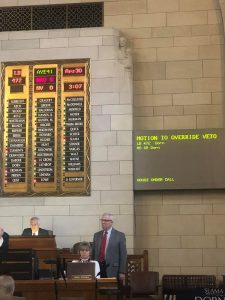 Successful over ride vote of the Governor’s veto of LB 472 on April 30. 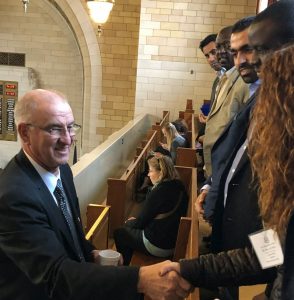 Sen. Dorn greeting international journalists from across northern Africa and the Middle East; here to study freedom of the press and hosted by the Lincoln Council for International Affairs and District 30. 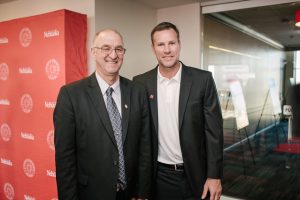 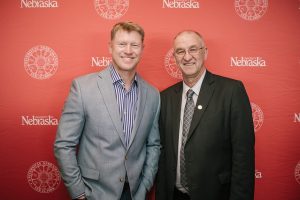 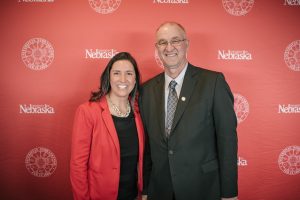 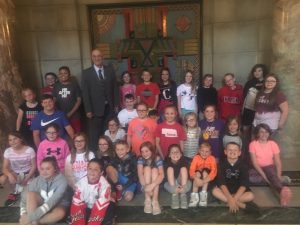 4th graders from Wymore Southern visited the Capitol on April 24. 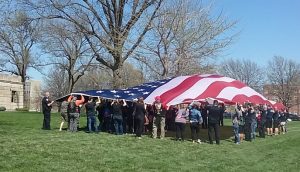 A very large flag visited the Capitol this week (usually our visitors are people!). A retired firefighter from New Jersey is taking the flag around to all the state capitols and enlists the help of local firefighters and veterans. A class of 4th graders from Norfolk also got to participate as they exited the building to get on their bus. The organizer hopes to take the flag to Normandy in time for D-Day commemorations in June. The flag display was right outside the District 30 office window. 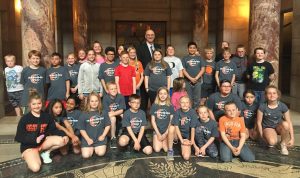 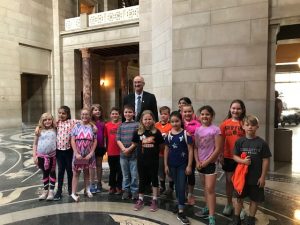 It is field trip season at the Capitol! Visitors on April 16th included Stoddard Elementary, Beatrice; and Diller-Odell 4th graders. 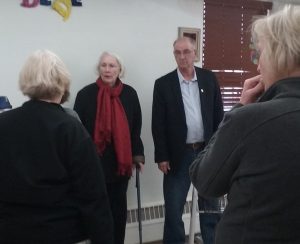 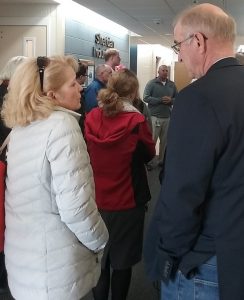 Several state senators and staffers were our guests at a tour of BSDC on Friday, April 12. We walked the campus and met with residents and their families, care givers and administrators. The event was organized by the Family and Friends organization, the parents and guardians of residents at BSDC.  Pictured above left: Monica Brettinger, leader of Family and Friends, Sen. Dorn, and Sen. Walz of Fremont. Picture above right: Sen. Dorn talks with parent Dee Valenti. 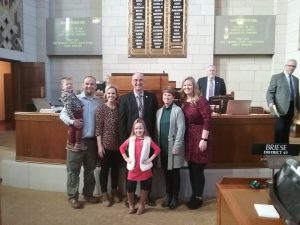 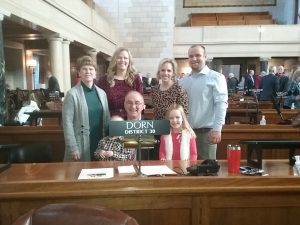 Senator Myron Dorn, with his family on the first day of the 106th Legislature.

Posted in Events, In the News

You are currently browsing the archives for the Events category.