This week, another one of my bills, LB86 was heard on the floor and advanced to Select File. This is a bill that would change the requirements regarding when a county needs to open bridge bids. The bill was placed on what is known as the Legislature’s “Consent Calendar.” Bills that make this list are those that have had no opponents during the committee and were voted onto the floor without a dissenting vote. They also need to be considered “non-controversial” by the Speaker of the Legislature. The bill was indeed non-controversial as it didn’t receive a single “no” vote.

On Friday, we took up debate on LB461. This is the comprehensive tax reform package brought on behalf of the Governor. While I am in agreement with Nebraskans’ that feel their taxes are too high, I have some real concerns that none of our relief bills seem to offer long-term solutions. I have long said I have no interest in just kicking the can down the road. I am paying close attention to the debate, amendments and discussions, but I believe there is still much work to be done. 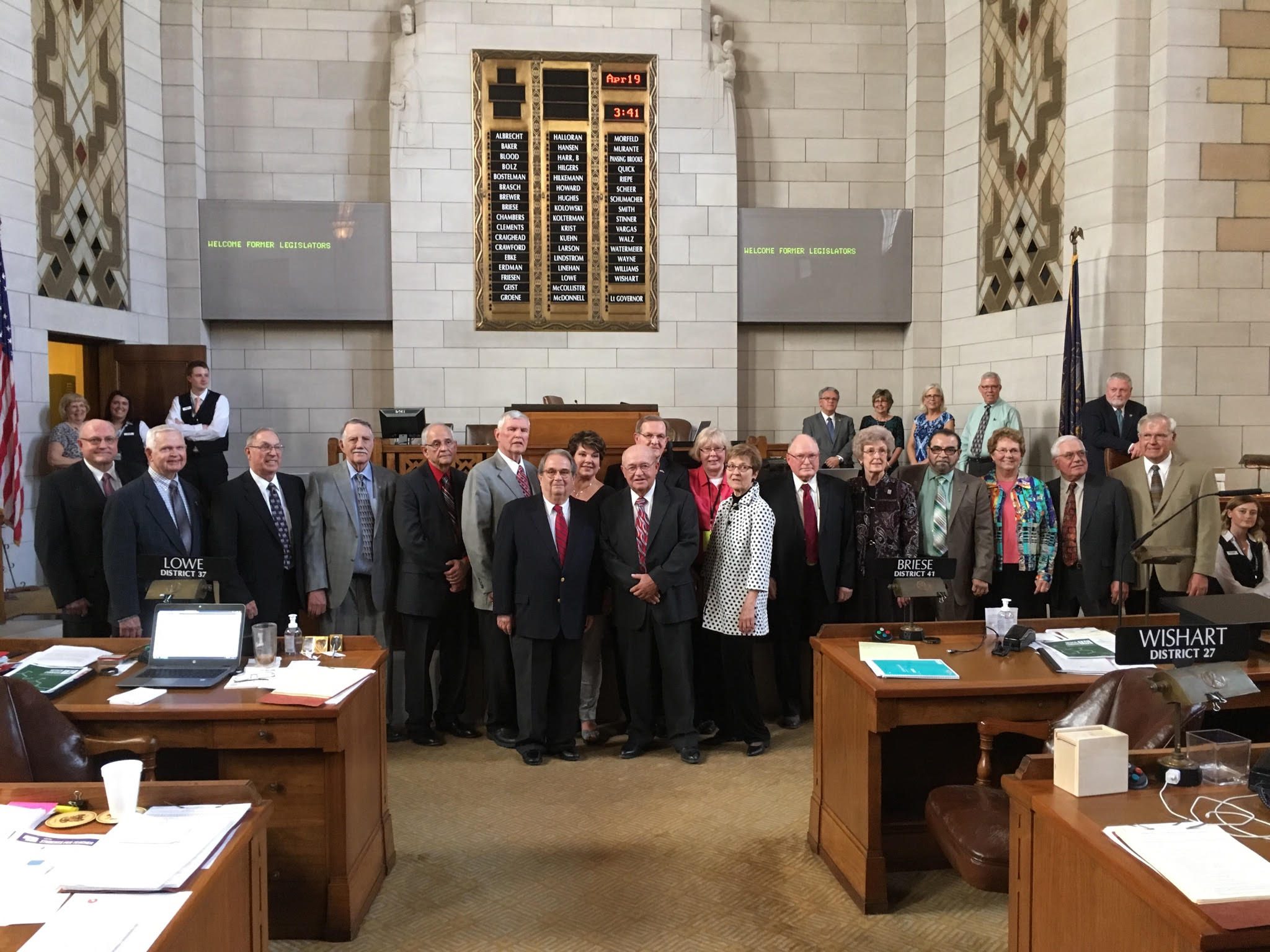 While this week has been one of serious issues and serious debate we did manage to get a nice break for a few minutes on Wednesday. The legislature hosted 18 former state senators. We briefly stood at ease as the former Senators came onto the floor and chatted a bit with us. It’s striking to think about the decades of combined experience that stood before us.

While there is quite a bit of talk about the legislature being stuck in the mud and not getting much done, when you look at the session as a whole so far, we’ve actually accomplished quite a bit. While I don’t always like what has been passed, we’ve certainly not been at the kind of standstill some have made it out to be. So far this year, we’ve already had 35 bills signed by the governor. We also have another 53 bills that are sitting on Final Reading. Once those are advanced, they will be headed to the governor’s desk for his signature. On Thursday alone, we advanced 45 Consent Calendar bills from General to Select File and those will be added to the 15 bills that were already sitting on Select File. It is a wonderful feeling to work together on issues that are important to the residents of Nebraska and to continue to move legislation forward. 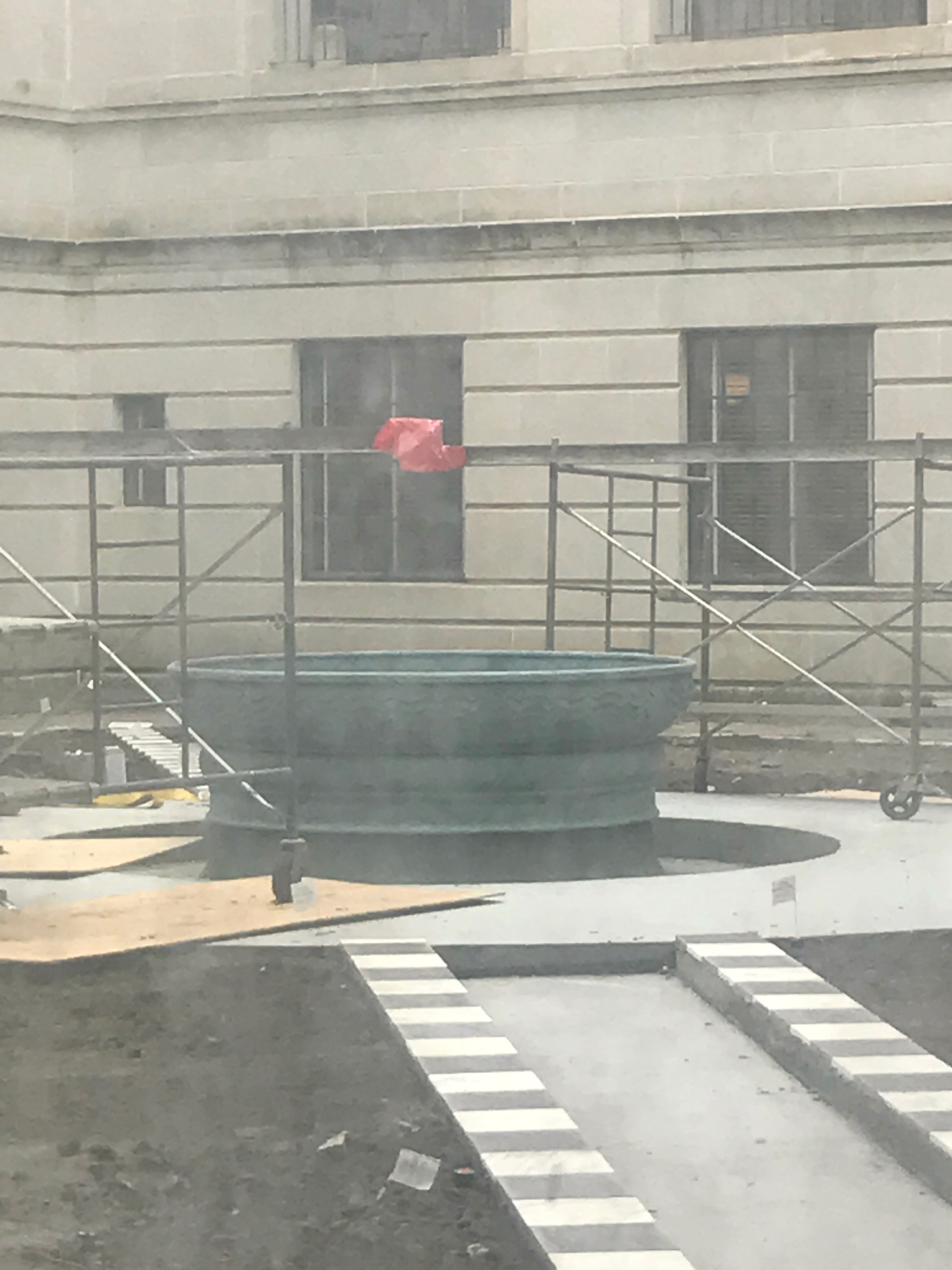 While we continue to make progress moving through the legislative agenda, there is also some noticeable progress going on just outside my office window with the installation of the fountains! No, that courtyard isn’t the prettiest looking right now, but I’m excited to get a look at the finished product in the next few months.

Friday marked the 69th day of the legislative session which means we have just 21 legislative days to go! While we have accomplished much, there are still plenty of hard decisions ahead. Next week we will begin debating the state budget. Considering the massive shortfall we’re dealing with, there are bound to be some tough calls.

The Unicameral Youth Legislature is a four-day legislative simulation conducted at the State Capitol Building and coordinated by the Clerk’s Office of the Nebraska Legislature. Student senators will sponsor bills, conduct committee hearings, debate legislation and discover the unique process of the nation’s only unicameral.

Students will learn about the inner workings of the Legislature directly from senators and staff. Bills will be based on legislation considered during the current legislative session. Registrants are encouraged to apply for a Speaker Greg Adams Civic Scholarship award, which covers the full cost of admission.
Applicants must submit a short essay. Other $100 scholarships are also available. The University of Nebraska– Lincoln’s Extension 4-H Youth Development Office coordinates housing and recreational activities for the camp as part of their Big Red Summer Camps program. Registration forms can be obtained from the Legislature’s Unicameral Youth Legislature page: www.NebraskaLegislature.gov/uyl. The registration deadline is May 15.