We have just a few more weeks in the legislative session and we are busy. We’ve had multiple nights where we’ve been in debate from 9 in the morning until 10 at night. The state’s business must be done though and while I don’t agree with everything that has passed, everyone is working hard in their own way to make sure they are representing their constituents. When you look at the partisan gridlock that is going on in Washington, we clearly don’t have those kinds of problems going on here. Now we just need to get on the same page on many of they things we should be supporting. 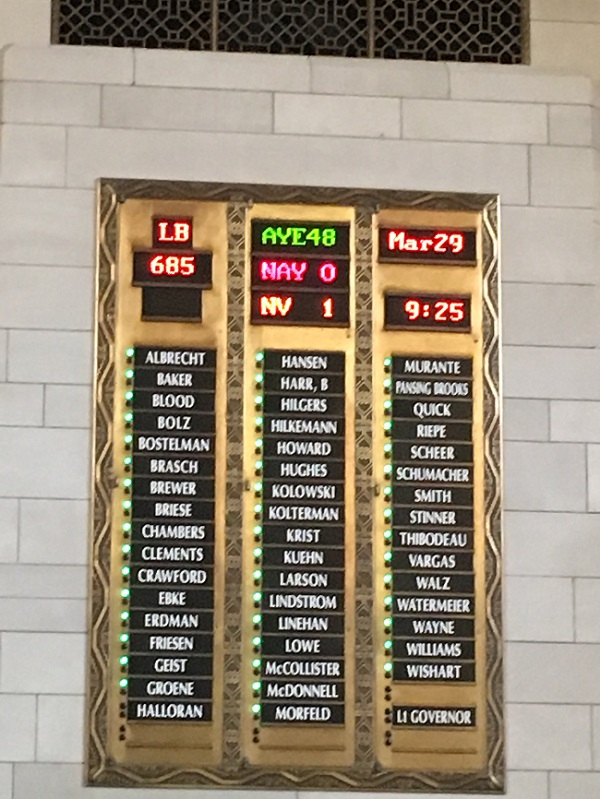 It was an active week for all and an active week for my bills, including my priority bill, LB 685, which passed Final Reading. Considering the bill has never received “no” vote at any stage, it appears it’s headed for passage once the Governor signs it. LB685 provides a funding priority for special-needs military dependents under the Developmental Disabilities Services Act. This would specifically add dependents of active duty military members who are severely developmentally disabled to the list of treatment priorities kept by the DHHS. In essence, this would allow prioritized treatment for those who need it most but are not covered by Tricare. We were very careful to make sure this isn’t coming at the detriment of others who also need services.

One of my other bills,  LB735 , is part of the Urban Affair’s Committee priority bill, LB873. My part of the bill would provide for interlocal agreements regarding nuisances. Currently, municipalities have the authority to regulate and enforce nuisances within their borders. This would build on this legislative authority by allowing municipalities to enter interlocal agreements with a county to provide for cooperative action to remove or prevent nuisances. Interlocal agreements have always been a great way to save manpower and funds here in Sarpy County. We had a good debate on LB873 and it appears that my little section of that bill is something that is acceptable to the body as a whole. Because LB873 has so many moving parts, there will be another day of debate next week before it moves onto the next round.

Another of my bills, the Physical Therapists Compact bill, was attached to LB731 – which is one of the Health and Human Services Committee’s priority bills. My part of that bill was LB 681. This is very similar to my nursing compact from a year ago. It allows physical therapists from compact states to come into Nebraska and practice here without applying for an entirely new license. Should it pass, this will be another tool for helping military spouses who are therapists and want to get to work as soon possible. The bill passed the first round of debate and is now headed for Select File.

LB692 was a bill I brought forward that requires the Department of Corrections to start doing a regular staffing analysis. LB 692 was amended into a broader Judiciary Committee package folded into LB841. The bills requires the Department to complete a comprehensive analysis of its system-wide staffing needs and provide a report of such analysis to the Legislature by September 15, 2020, and asks for a revised analysis at least every 6 years thereafter. It advanced to Select File on Thursday morning. In order to identify future budget items, such as staffing, it is important that the department “measure what they treasure,” and have a keen understanding of current and future employee needs. Ultimately, this will help with the safety and security of both staff and inmates as well as set a firm foundation of information for future budgets.

Another bill that is very important to me is LB 682. This bill was placed on our “consent calendar” because it is so common sense and non-controversial. It has gone through the first round of debate and I fully expect it to eventually become law. LB682 provides consumer protection and civil relief for service members and provides a duty for active duty military and the National Guard: This bill would make it so that an active duty member of the military or National Guard that receives order to move out of Nebraska may do so without having to worry about paying early termination fees on contracts for services like cable, phone or gym memberships. It’s only fair that if a service member has no choice in their deployment, he or she should not be held accountable for the decisions of their superiors. 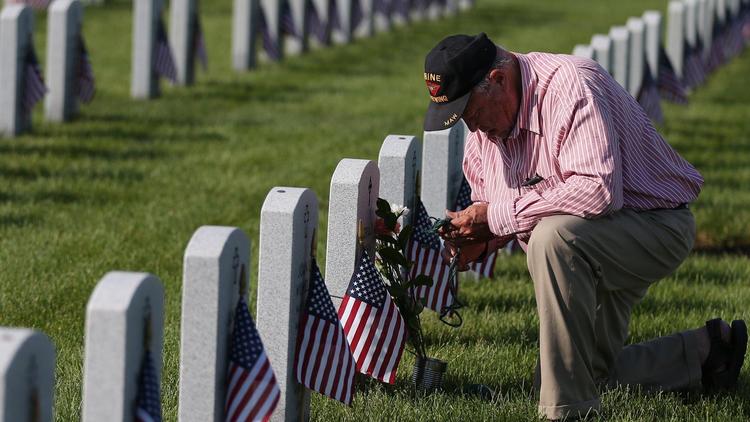 Off the legislature floor, I would be remiss if I didn’t mention that Thursday, March 29th is Vietnam Veterans Memorial Day. This country wouldn’t be the same without them and I applaud their service and their sacrifice. I would also like to personally say, “welcome home.”

As President Nixon once said,  “No event in American history is more misunderstood than the Vietnam War. It was misreported then, and it is misremembered now.”