The session continues to move forward and we officially have only 15 days until we adjourn Sine Die.

One issue that came before the government committee this week was an amendment in preparation for a special legislative session that will likely come this fall. This is the year that the legislature is supposed to take up redistricting.

In a normal year, that would be done during the regular session. However, the pandemic has affected the census and redistricting much the same way it’s affected everything else. The federal government is not going to be getting us the census numbers we need in order to do the redistricting until much later this fall.

Because of that, we took up an amendment, AM1264 to LB285. This amendment would give any governing body of a city or village more time to request an adjustment to their election district boundaries based on the new census data.

The current statute has been deemed to create too much of a time crunch to make sure that these election districts are correct, especially since it’s still not entirely clear when we will be receiving the new data. The federal Census Redistricting and Voting Rights Data Office has said they will deliver the information by September 30 but even that will mean a rush to get the data, look at it, hold public hearings and then decide if the state election commissioner needs to expand individual election districts.

These sorts of adjustments are very important to get into place by the time the primary elections roll around in May of next year. The process is a long and complicated one that takes more time than people realize.

AM1133 will give the cities and villages until December 31, 2021, to submit their requests.

In the meantime, the federal government will be sending what is called “legacy data” to states so that they can begin their redistricting work. This data is supposed to arrive by August 16, 2021. Should this amendment pass and the legacy data arrives when it’s expected, the following timeline would be put into place:

I am quite proud to have been named to the legislature’s redistricting committee. I’m also looking forward to getting to work and making sure that our districts are created in a fair and impartial manner. If you have any questions about the process or this amendment, please don’t hesitate to contact my office.

A reminder that today is the City of Bellevue’s official spring cleanup. Two Street Department areas located at 29th & Hancock, and 8252 Cedar Island Road will be open from 7:00 AM to 3:00 PM today for residents to drop off solid waste, including the following items:

There are some items that cannot be accepted:

Information for recycling for items that cannot be dropped off at the spring cleanup sites can be found at Green Bellevue’s official site. 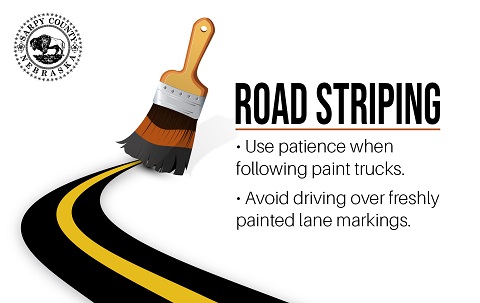 This week, the city of road crews all across Sarpy have started repainting line markers in the area. If you happen to see these crews at work, please exercise caution and patience. Their vehicles are going to be moving a bit slower than normal traffic, in order to make sure the paint is going where it is supposed to go.

Also, please refrain from driving over freshly painted lane markings. This particular task is important for all of our health and safety and you can make their jobs a little bit easier with a little patience. 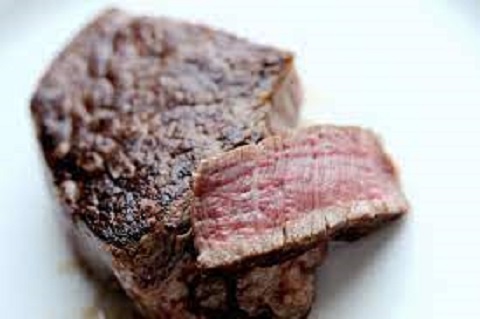 The beef producers are incredibly important to the state of Nebraska. In fact, beef is the single largest industry in the state. That’s why I supported LB241, a bill that offers more protection against the COVID-19 pandemic to meatpacking plant workers. In this state, they are absolutely essential workers and should be treated that way. That bill advanced through the first round of debate on Thursday.

The importance of beef and meat to Nebraska is also why I’m fully on board with a new program Governor Ricketts announced earlier this week. The “Good Life Great Steaks Nebraska Beef Passport Program” is a way to incentivize people to visit restaurants across the state and order beef off the menu.

41 restaurants, from Gering to Omaha, are participating in the program, which is sponsored by the Nebraska Beef Council.

The program allows anyone who visits a participating restaurant, orders a beef item and gets their passport stamped to enter a contest to win prizes ranging from a beef grilling package to an 80-quart cooler filled with $500 worth of beef.

The governor correctly pointed out during an appearance to announce the Passport Program that the beef industry weathered the height of the pandemic against all odds.

You can order a passport from the Nebraska Beef Council website, nebeef.org, and you have until September 7 to collect stamps. Full details and contest rules are posted online. 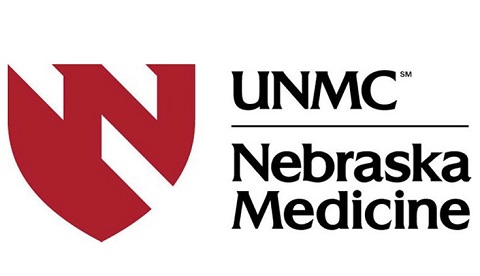 Omaha and UNMC have been named as one of five pilot sites in the United States to tackle a federal program that is aimed at bolstering the nation’s disaster response. Being one of the pilot sites is a  key step for local plans to develop a multibillion-dollar, all-hazards response facility in Omaha.

The goals of the effort are to improve the National Disaster Medical System, a federal program that provides trained medical personnel to respond to disasters and to bolster the nation’s medical surge capacity. UNMC and Nebraska Medicine already have done a good deal of training through the system and expect to ramp up again soon.

The project has massive ramifications for Nebraska economically. It’s expected to create 8,700 high-paying and permanent jobs. and will have a projected $1.3 billion economic impact.