The session is now officially winding down and we will adjourn Sine Die in a matter of days. It’s been a productive year for the body, even with the allowances we had to make, especially at the beginning of the year, for the coronavirus pandemic. It’s interesting to think back on where we were when this session began in January. Only the most senior among us were able to get the vaccine and most states were still worried about having enough for even those people. Now, just a few months later anybody down to the age of 12 that wants the vaccine, can get it.

After Sine Die – our last day until the expected redistricting special session this fall – I will provide you with an update of the bills passed most likely to affect district 3.

It should come as no surprise that this week saw us take up a number of important topics on final reading. In particular, we passed two bills that will be quite beneficial to the people of Nebraska.

The first was LB387. You’ve seen me mention the importance of this bill before but now it’s on the governor’s desk and will soon become law. This bill is a continuation of our efforts from a year ago when we made 50 percent of all military retirement pay tax-exempt. LB387 finished the job by making all military retirement pay exempt. The bill also included my LB6 as an amendment. LB6 closed a loophole that excluded retired veterans who do not receive 1099’s from the Department of Defense.

These military retirees receive a form 1099 from The Office of Personnel Management. They were being told they’re not eligible under last year’s military retirement bill. Now with LB6 and LB387, they are eligible for the benefits under the recently revised Nebraska Statutes, ensuring all are included.

The other big win for Nebraskans this week came in the form of LB64. On a 41-0 vote on Thursday, we gave final approval to a bill that will incrementally reduce the state income tax on Social Security income.

The bill achieves a 50 percent tax reduction by 2025 with the intention of achieving a 100 percent reduction by 2030, subject to review by a future legislative session. The bill has a built-in “guardrail” that allows a future Legislature to decide whether to continue with the annual 10 percent increase in tax reduction after 2025.

If those reductions are kept in place, we’ll be saving Nebraskans $73.8 million in the fifth year and then the amount will climb to $168 million in the 10th year with the full exemption.

In general, the legislature was able to show its fiscal responsibility throughout the session. That was evidenced by the fact that we had a spending growth of just two percent. Our budget was also able to have a carryover of $25 million. We were also able to put about $80 million back into the legislature’s “rainy day” fund. This fund is in case the state or the country sees another economic downturn. All of these numbers mean that the state’s economy is quite healthy. That’s quite an accomplishment considering we’re still technically in a global pandemic and that when I was elected 4 1/2 years ago we had a serious financial deficit and everyone was in a panic. 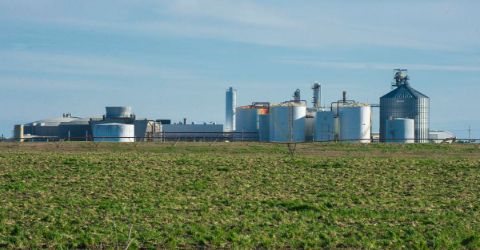 The AltEn Ethanol Plant In Mead

Over the past few weeks, I’ve been taking a closer look at the AltEn ethanol plant in Mead and specifically at the damage that has been done to the surrounding area by a near-unprecedented level of pollution emanating from some rather shady practices by the plant’s owner.

Unlike most ethanol plants across the country, the Kansas-based company used seed coated with insecticides and fungicides to make ethanol, creating widespread environmental contamination in Saunders County.

Over the last six years, the state conducted dozens of site visits to AltEn’s facility about a mile south of Mead and issued a series of non-compliance letters, violation notices, and administrative orders against the company. Despite those repeated violations, AltEn only shut the plant down after the state ordered it to stop pumping wastewater into its horrendously damaged lagoon system in early February.

The Mead community, which has complained to the state about a stench coming from the plant, as well as health and environmental issues since shortly after AltEn went into operation, has raised questions about why the company was allowed to stay open for so long. As a result of a lack of answers, I introduced LR159 last week. The resolution would set up a special committee to examine several aspects of the situation including how the state can make sure it isn’t on the hook for paying for the cleanup. It’s expected that it will eventually cost tens of millions of dollars to clean up the site and make sure the long-term damage has been mitigated. I was hoping to get a hearing on that resolution before the end of the session, but it turned out the Exec Board didn’t believe it had the time to take it up.

However, I have been assured they will be holding a hearing when the legislature reconvenes next January. In the meantime, I plan on holding several public forums. These forums will feature experts on the subject. Right now, the plan is to have one forum in Omaha, one in Lincoln and one out west. I’d encourage anyone interested in this situation to come. I’ll provide more details about dates, times, and locations after the summer begins. 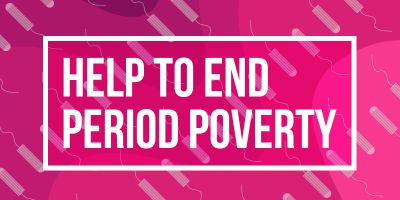 “Period Poverty” is an issue that is very important to me. That’s why I talked about it on the floor on Friday and it’s why I’m taking part in a Period Poverty Supply Drive next week.

It is a fact that 1 in 4 women in the United States struggle to purchase period products due to a lack of income. 1 in 5 of those women report that they’ve had to miss school or work because of a lack of supplies.

Of the 411,000 women and girls between the ages of 12 and 44 who live in Nebraska, 1 in 6 lives below the poverty line. 49,300 women between the ages of 19 and 64 rely on Medicaid to help with medical care, but they still struggle to get the materials they need for their period.

That’s why this kind of period supply drive is taking place all across the country and it’s why the issue is near and dear to my heart.

With that in mind, I’ll be accepting period supply donations all next week at my legislative office, Room 1021 in the State Capitol. My office is open from 8 AM to 5 PM, Monday through Friday. If you are in the Omaha area and are not planning on making the drive to Lincoln, you can leave donations at the door of 16626 Harney St in Omaha.

I believe everyone has the right to feel comfortable and clean. Please show your support

I’d advise everyone to check out this information sheet from the Alliance for Period Supplies for more information on why the Period Poverty drive is needed. 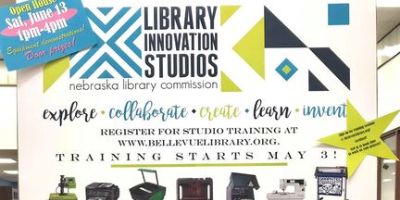 The Bellevue Public Library has been fortunate to receive an Innovation Studios grant to make various innovative learning tools available for public use. if you’ve ever wanted to learn how to use the wide variety of tools at your library, you can now register for one of the many training sessions. Once you have been trained on a piece of equipment, make an appointment with library staff to use the equipment to create your own artistic masterpiece.

Current training sessions are listed on the library’s website calendar. This kind of training can be both educational and entertaining and I’d encourage everyone to sign up for a session. You don’t need a library card in order to do this, you can just present proof that you live in the area and still participate. 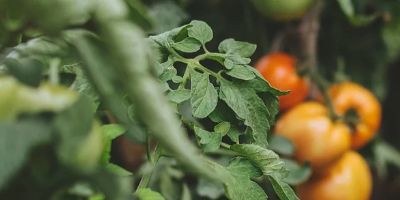 The Papillion Urban Garden is officially open for “business” and that business is to try and help reduce food insecurity all over Sarpy County.

Nearly 50 people attended the ribbon-cutting ceremony. Located on the south side of the 400 block of East First Street — between the road and the creek — the garden consists of nearly 20 plots on one and a half acres of land. One plot is equal to a decent-sized home garden.

The garden was established using a $20,000 Google Community Impact Grant. This summer will consist of watching, weeding, and growing for the most part. Before the ribbon-cutting, the soil at the garden had been tilled, and some potato seedlings were planted. There are four plastic tanks that hold a total of 1,700 gallons of water, filled by the local fire station, in order to contribute to irrigation.

The U.S. Department of Agriculture defines food insecurity as the inability to have enough food for a healthy, active life. This is due to inadequate financial resources for food at the household level. This garden is geared to give back to the community and help those who might suffer from food insecurity.