The session is now officially over, and the final week certainly had some fireworks. Most noteworthy was the veto override of three bills, two that help the working poor.

The first bill of the day that overcame the governor’s veto was LB108. This is a bill that expanded the qualifications of families that are eligible for the food stamp program, otherwise known as SNAP to 165 percent of the federal poverty level. Previously, families with a gross income of 130 percent or less of the federal poverty level were eligible.

It’s important to note a few things about this bill. The first is that this expansion of the program will expire in 2023. The intent of LB108 was always to make sure that families that are still struggling because of the pandemic are able to feed their children. Secondly, SNAP benefits are fully funded by federal dollars and the money for this expansion will come from funds set aside by the federal American Rescue Plan Act.

Third, there were quite a few inaccurate arguments made on the floor about this program. Several senators seemed to be confused about SNAP, claiming that people were lying on their couches all day rather than going to work. The truth is that SNAP has work requirements in order to qualify. That means those who are getting the benefit of SNAP are indeed, the “working poor.” These are people who have one or more jobs, but are still below the federal poverty level. These are people who are working hard to feed their families, and because of recent circumstances are unable to do so.

LB108 originally passed 33-11, meaning it already had widespread bipartisan support. The vote to override the governor was still very bipartisan, with a 30-19 vote.

The second bill that saw an override of the governor’s veto was LB306. This bill expanded the program that assists low-income homeowners in Nebraska. The bill increases the eligibility threshold for the low-income home energy assistance program from 130 percent of the federal poverty level to 150 percent. The bill also requires the state Department of Health and Human Services to allocate at least 10 percent of program funds to weatherization assistance.

This was another piece of legislation that was popular throughout the body, originally passing on a 38-6 vote. We overrode the veto on a 32-15 vote. As is the case with all veto overrides, thirty votes were needed.

Our third and final override vote came on LB147. This bill authorizes a takeover of the Omaha Public Schools pension plan. While there had been some talk of OPS getting special treatment with this bill, the fact is that OPS was the only public school retirement plan that wasn’t already being handled by the state. When the governor vetoed the bill, he did so while stating concerns that the state would be held liable if something catastrophic happened to the money in the fund. The fact of the matter is that the plain language of the bill makes it very clear that the state of Nebraska is not in any danger of being held accountable in such a situation.

In short, there is no downside to the takeover of this particular plan. As some on the floor of the legislature said during the debate, LB147 will take the management of the retirement plan off the hands of teachers in Omaha and allow them to solely focus on educating our youth. Just like the other two bills we took up yesterday, LB147 was incredibly popular in the body, originally passing 38-3.

Very soon, I will provide you with an update of the bills passed that are most likely to affect district 3. For this week, the Legislature was all about tying up loose ends and getting ready to shut things down. Unlike most years, we won’t be gone all that long.

While the session would usually be over until January of 2022, this fall, we’ll need to return for a special session in order to hash out the state’s redistricting plans. While a date for the session hasn’t been set yet, it’s expected to take place in mid-September.

I’ll also be sending out a year-end newsletter that will go into greater detail on everything we’ve accomplished this session. 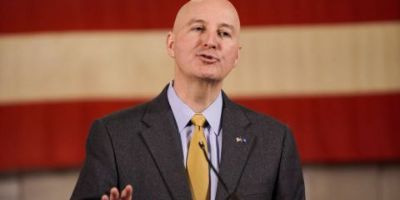 As part of the process of ending the legislative session, Governor Ricketts came to the chamber to give his Sine Die Address. In the short speech, he touched on many important accomplishments we made this year including the massive amount of tax relief.

Governor Ricketts pointed out that this body has provided more tax relief than perhaps any other legislature in Nebraska’s history. That’s an accomplishment we can all be proud of, though as the governor pointed out, there’s still much work to be done, and I’ll be working on finding solutions throughout the rest of this year. 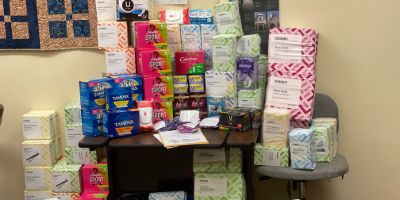 “Period Poverty” is an issue that is very important to me. That’s why I talked about it on the floor last week and it’s why I took part in a “Period Poverty Drive” this week. I’m happy to say that I had so many people contribute to this that the area I set aside for donations is positively overflowing.

These supplies will go to organizations that women in need who may not otherwise have the means to get them. I will add that there are a few more days left in this drive and if you should feel so inclined, you can go to my Amazon Wishlist page and purchase something. Please know that whatever is donated is going to a very good cause that simply isn’t talked about enough.

I’d advise everyone to check out this information sheet from the Alliance for Period Supplies for more information on why the Period Poverty Drive is needed. 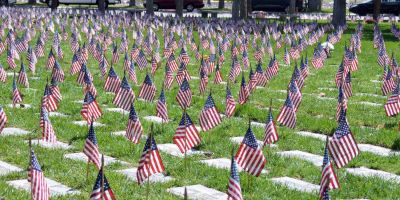 Taking Time Out For Memorial Day

While we are all out enjoying the three-day weekend, it’s important to remember exactly why Memorial Day matters. Many Americans fought and died since the inception of this country in order to protect our freedoms.

It’s also important to remember that the families also serve. There are countless members of our community who have lost a loved one. If you know of a spouse, or child, or even great-grandchild of a veteran or active duty military member, make sure you thank them for their sacrifices as well, as they have surely made some.

To that end, I wanted to point out that Bellevue and the surrounding area has done a fantastic job making sure to recognize all those who stepped up. Since 1999, the city has lined several roads with American flags. They go up just before Memorial Day, and are up now and will stay up through Veteran’s Day in November.

Now the Sarpy County Chamber Legacy Project is committed to expanding those lines of flags along Highway 370 through Papillion into Gretna. Many of you may know how fitting this particular stretch of land is as it’s known as the Strategic Air Command Memorial Highway.

There are still some final approvals from various jurisdictions that need to go through, but it’s expected those will be approved in the coming days.

As always, I am especially proud of the communities in Sarpy County for how they continue to show support for our military men and women. 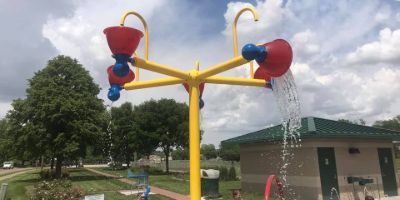 Fun In The Sun

Memorial Day weekend is, of course, a period for thoughtful reflection, but it’s also the unofficial start of summer. That means that various swimming pools and splash pads around Sarpy County are, or soon will be open for business.

The two Bellevue splash pads are located at Banner Park (50th & Virginia) and Everett Park (Adjacent to Betz Road). Papillion has one in Eagle Ridge two blocks east of 66th Street and Ashwood Avenue, the Schwer Splash Pad at 800 West Centennial Road, and First Street Plaza, on the corner of First and Washington streets in downtown Papillion.

All of the Splash Pads are free and open to the public from early in the morning until late into the night. Make sure to stop by and cool yourself off while having a little fun.