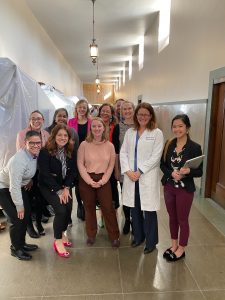 Lincoln, NE— 2.21.20 — Today, Senator Megan Hunt introduced LB 872 which seeks to repeal the language in state statute that requires both physicians and the state to provide unsafe and inaccurate information to patients regarding “abortion reversal.” New evidence presented by University of California-Davis researchers has raised serious safety concerns about the dangers of not completing a medical abortion combination regimen. The study investigated claims that the hormone progesterone can stop a medication abortion.

The study was stopped for safety concerns after three patients required transport to an emergency room for hemorrhaging. All women in the study except one experienced bleeding. The first pill in medication abortion — mifepristone — is not intended to be used without the follow-up misoprostol treatment within 24-48 hours. The study shows that there are serious medical concerns about encouraging patients to seek out a treatment that is not grounded in science or medicine.

“The UC-Davis study raises serious safety concerns about not completing the evidence-based medical abortion combination regimen,” Senator Hunt said. “Mifepristone is not intended to be used without follow-up misoprostol treatment. It is even more concerning that states are passing laws to encourage women to participate in what amounts to an unmonitored experiment. When a study is monitored, as this one was, we have the ability to stop if safety concerns arise.”

“The legislation that we passed last year was irresponsible, and new evidence shows that the “abortion reversal” procedure recommended by DHHS threatens the health and safety of patients,” Senator Hunt said. “We should not be passing laws that encourage women to participate in an unmonitored experiment. That’s what the enactment of LB 209 has done to abortion patients in Nebraska. The State of Nebraska should embrace evidence-based practices, not promote and encourage bad medicine.”