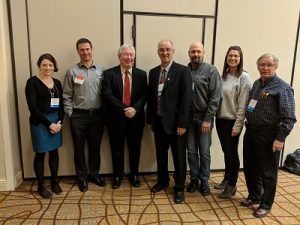 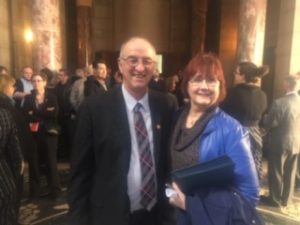 In the Rotunda with Zoe Olson, Beatrice, Blue Rivers Area Agency on Aging. 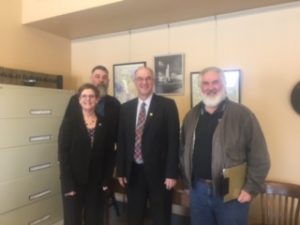 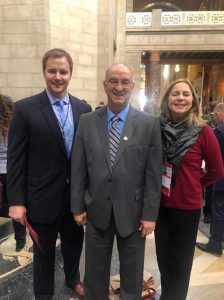 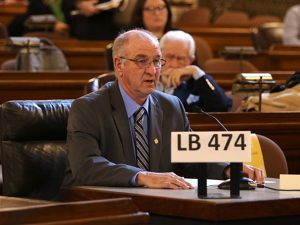 Giving testimony at the Judiciary hearing on Thursday, Febr 21, for LB 474. 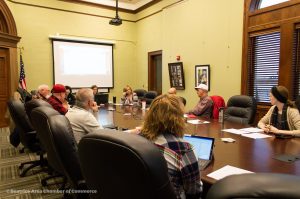 Meeting with the Beatrice Chamber on Friday morning, Febr 15. 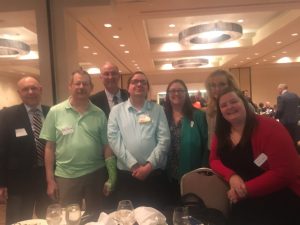 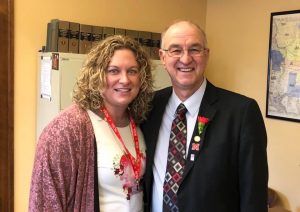 District 30 native Erica Johnson, with ESU 10 in Kearney, and Sen. Dorn at the Capitol on Thursday. 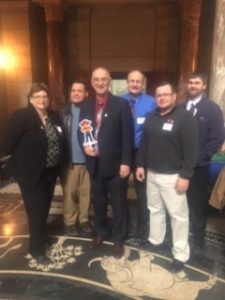 Extension educators from around the region met with senators in the Capitol on Wednesday the 13th. 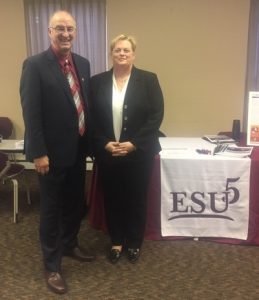 Sen. Dorn and Dr. Brenda McNiff, administrator of Educational Service Unit 5 in Beatrice; ESUs from across the state displayed their latest educational programs for the senators. 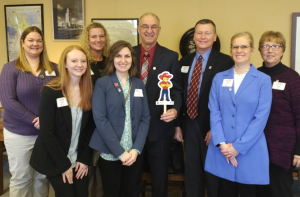 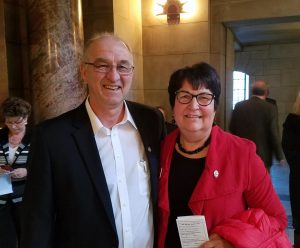 In the Rotunda with Deb Albers, District 30 native and leader in the Nebraska American Legion Auxiliary.

Posted in In the News